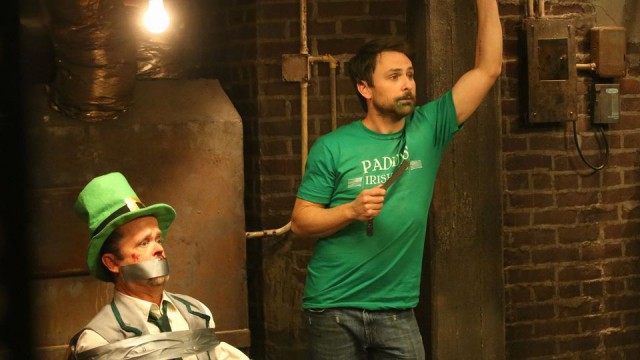 Outfits – fellers whether you are Irish or not dress like St Paddy gagged on your Leprecock and spewed cliche Irish culture all over you. Think novelty hats and beards. Similarly, girls should draw on inspiration from the patron Saint but dress like a snake isn’t the only thing you plan on wacking off today. Think beer wench crossed with a 4 leaf hoe-ver.

Get high on the Craic – not only do you get to dress like a gobshite but for some reason, you have full licence to speak like one today too. Nothing will get an Irish lass kissing your Blarney Stone quicker than your masterful execution of “to be sure”.

If she still isn’t wanting the diddly-D you might try easing up on mocking her accent but only as a last resort. If you really want to lay some smooth moves on then bail her up about the spelling of her name. Remember to tell her you are confused and angered by the seemingly random array of letters – she’s never heard this kind of hot take before.

Fight an Irishman – see “ya marn” over there looking angrily at his pint like it was his step-mother whispering that he can’t satisfy her daughter? He is an Irish tradie and he didn’t wear his favourite pair of steel caps because he wants to Riverdance.

If you’re concerned you won’t get the foight you’re looking for then fear not. He’s smashed 20 Magners and everyone looks like “Maywedder” to him now. Someone has to avenge Conor’s honour, it may as well be him.

Paint the streets green – hey, they don’t open pubs early because they want you to pace yourself. Drink the green coloured beer until you leave Perth’s pristine streets looking like a Shrek swamp-bukake.

When celebrating St Paddy’s Day you should always dance like nobody’s watching and drink like nobody is applying to have you banned from all licenced venues in the CBD for a 24-month period.

Luck o’ the Irish to ya.