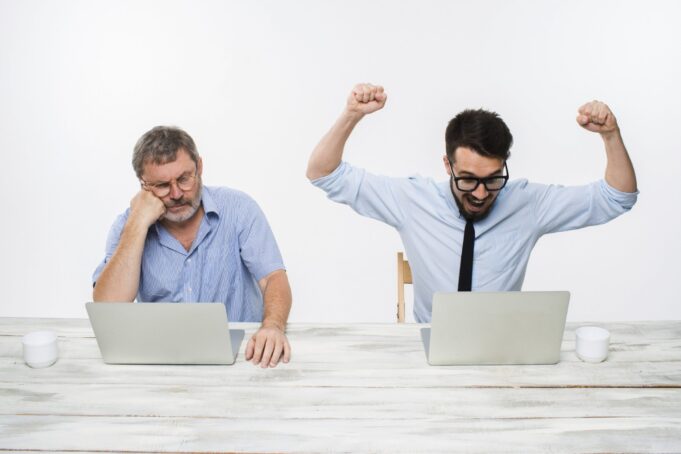 Like so many other “workplace bonding” exercises, footy tipping is meant to bring everyone together. Thankfully, human nature steps in and destroys any chance of endearments and will almost certainly add some spice to that simmering curry of discontent bubbling away.

Why does such an innocent competition cause so much ill will? Well, it’s because there are often a few pineapples on the line for first place – watermelons if you’re lucky. Not to mention that you are putting your entire reputation as a self professed footy expert on the line. Stakes could not be higher.

In every footy tipping comp since the dawn of time, there will be at least one person who talks a huge game but never manages to stay in the top half of the ladder. Typically, this nuffie can be heard giving everyone a rundown of their nuanced tips on Friday night drinks. It’s not a conversation, it’s education, plebs.

The longer they are stagnant in the loser half of the ladder the more frustrated they’ll get. This may lead to them making bolder & bolder picks to separate themselves from the pack. Tipping North might not seem normal but high on footy tipping pride it is.

This will cause them to further slip and inevitably they’ll throw their toys out of the cot. At this stage they will start telling everyone they don’t give a shit about footy tipping anyway. But they do, they reeeeeally do.

To make matters worse, they are sharing a losing-bed with the walking disaster that never remembers to put their tips in each week and just gets the home sides by default. This is the kind of blow to a footy-expert’s ego that may never heal.

Closely related is the person who lets their early success get to their head. Being on top of the ladder after round 3 has surpassed any life achievement they’ve racked up to date. Their work life now consists of finding ways to mention their tipping score in conversations and subjecting you to incessant banter that even Guantanamo Bay would consider cruel & unusual punishment.

Next, there will likely be someone in deep denial about their gambling problem. When they are not being SportsBets’ wetdream, they are looking for ways to make the round a “bit more exciting ” at work. Gambling on something they’ve already gambled on. It’s gambleception and they are hungry for some action.

What everyone can agree on is that the most infuriating member of the footy tipping comp is the filthy casual that picks teams based on how much they like the mascot or some other heathen-esque method yet still slays everyone each week.

Typically, the sort of intolerable cretin who says “sportsball”, will tear away with a formidable lead by mid-season and then unaccountably fang it home for the main prize. Every week, they will make you feel better about your own dogshit tipping by reminding you they don’t even watch footy. Comforting, you’ll agree.

Ultimately, if you can’t win the most important thing is to not come last. Your name will be smeared on that board all season like the unlucky skidmark you are. Not to mention the indignity of receiving some kind of wooden spoon prize. Horrific stuff.