Charles’ social media presence is a shameless shrine to his delusional belief that he is a self-made inspirer of men. On paper, his list of personal achievements are as scarce as a happy moment at a Girrawheen father’s day BBQ. His poor high school results were only bettered by his 3 semesters of dexie-fueled failing at Notre Dame. Nevertheless, do not confuse this highlight reel for the cretinous life of some chode-wielding loser, oh no, Charles is #killingit as a #hotyoung #moverandshaker.

Charles runs a tiny consulting firm that specialises in some shit. The specifics are not important as Charles’ father has his best men advising his deadshit son at all times. A fine alternative to simply giving Charles money and hoping he doesn’t Charlie Sheen himself and try to choke a prostitute or some other ghastly activity that would tarnish the family name. Charles may not bother with spreadsheets or financial reports, but he sure does get the name of his business out there. Unfortunately, indiscriminate business card carpet bombing to disinterested acquaintances isn’t exactly marketing 101. Not that Charles gives a fuck.

It’s a lazy Tuesday afternoon, and you would think that the young CEO of the year would be busy growing his entrepreneurial genius. Instead, he jumps on Facebook to motivate his followers, “Take it from me, working hard is rewarding and satisfying, but you have to make time for some play in your life! It can’t all be 70 hour weeks and nights on my office couch! So I’ve booked a ticket to Europe to increase my client base and have some fun. Wish me luck guys! #killingit #selfmade #workhardplayhard #bosslife”. All the status does is prove he is a Chief Executive Cunt of dishonest fuckery and has all the charms of a gonorrhea’d orangutan flinging oozing dick-pus at a school bus full of children.

As he clicks send, a legion of fed-up acquaintances slam their fists through their keyboards. This is Charles’ tenth international holiday for the year and the notion that he is burning the midnight oil is as believable as Peter Garrett pitching a dance-related baldness cure on the Dragon’s Den. Despite this, a core group of hole-sucking yes-men & women like his status and provide comments of support, “you deserve it bro”, “omg you are killing it, babe”. A familiar chorus of the insecure who rely on the deluded circle jerk to ensure that neither’s house of cards is blown away by a gust of bitter reality.

Later in the day, Charles takes another moment out of his chaotic schedule to update his Instagram. He posts a selfie at his desk that displays some redundant documents and a clear focus on his new Omega, “busy day at the office :P”. Within minutes an Instagram-model messages him with a picture of her doing her best impersonation of an emotionally neglected rainbow trout. “I am also a young businesswoman, got a cake business, we should totally meet up”.

Watch out Bill Gates, these two are coming for the throne. 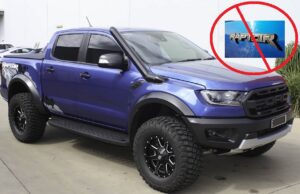