Brian bombed a few pingers last night as is feeling ravenously toey today. He’d peg his own cousin if there were at least some dispute over their blood relation. Needless to say, rather than go down the brutal road of cousin-finger-bashing, he decides to revamp his Tinder account and wade through the sea of Perth slurries that have got him through so many tough times in the past.

Hand on dick, Brian chooses some new Tinder pics. First things first, the gym selfie of him exposing his abs, that’s a given. Secondly, Brian doing a backflip off his mate’s boat at Rotto, #Lad. Thirdly, a turbo group shot at Stereosonics 2009, the year his rig rippled with muscle and glistened with narcissism. Finally, he chucks in a photo of himself wearing lederhosen at Oktoberfest in Munich. Brian is pretty stoked with his selections, he has totally nailed the crazy, sexy, cool look. But unlike TLC, he will rain down waterfalls of sleaze rather than stick to the river and streams of decency.

As for his description, Brian racks his modestly sized brain, and comes up with a cracker, “I love lamp”. Oh fuck yeh Brian, you totally nailed that thrashed out Anchorman quote. Just like Metros Freo, you made it yours. It has begun. Brian furiously swipes right on every girl that pops up on his phone. He is swiping so furiously that Tinder forces him to take a breather for a few moments before allowing him to continue swiping right. It’s not long before an impressive collection of stinkers have “matched” with him. Brian peruses the morning’s catch and is saddened to have to throw a few back. “57km away? Get fucked”, “nah, she has five-head”, “why is she posing with the same dude in every photo? Fucks sake”. After a ruthless cull, Brian is left with a few realistic options to assist in his dick-wetting mission.

One of the hotter ones initiates a conversation with him. The smugness on his face is only fleeting, however, “hey Brian, if you are interested in catching up I offer the full GFE for $180 p/h”. Ah, poor Brian, he has been hookered. He immediately un-matches and continues on his trawl. He is getting frustrated at the lack of response he is getting. He decides to initiate conversation with a girl who is arguably not worthy of his Adonis-like abs, “How do you like your eggs, babe? Scrambled or fertilised?” He gives himself a symbolic hi-five as he waits for her to respond to his brilliant message. Brian underestimated this chick, she delivers a vicious burn, “actually, hard-boiled, a lot harder than you can manage”. OooOooOOOo. Brian’s ego is stung.

Brian is growing frustrated at the lack of success he is having on his tried and tested Tinder account. Could it be that his misogynistic view of Tinder as being a discount slut-market where he can pick up a few early bird specials, is flawed? Nah, a penicillin-resulting encounter is just around the corner, he just needs to swipe right and neg the shit out of Perth girls who quite clearly crave him.

Just have a wank, Brian. 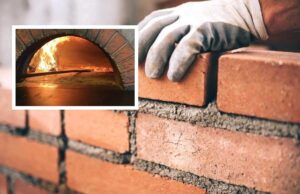 Since Jerome was a boy he'd always dreamed of a double brick home. His grandpa and father had both religiously stuck to the style...