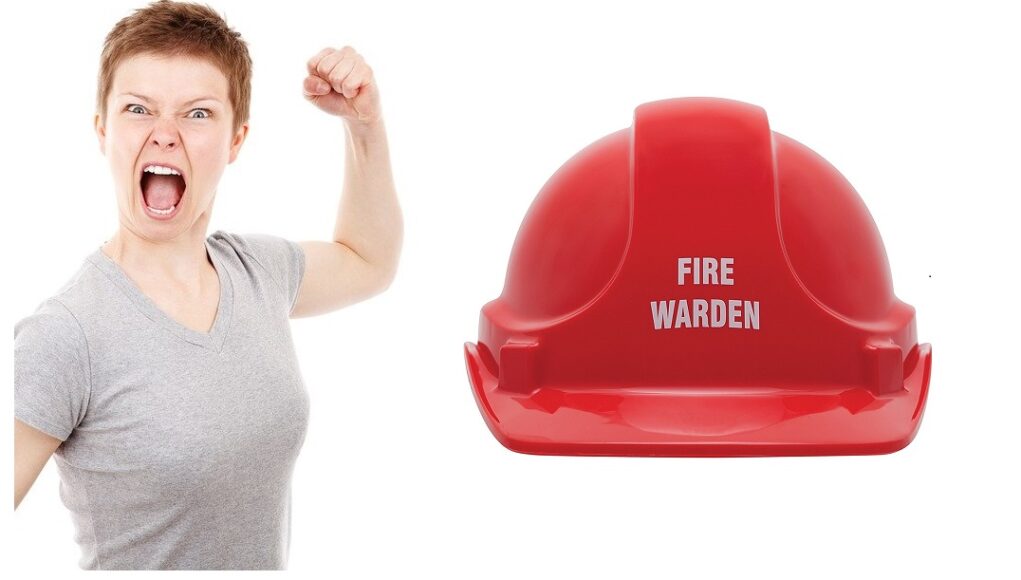 Staff at an accounting office were left traumatised today after seeing their new office manager in full flight during her first fire drill.

Fire drills are normally a routine event for the office staff who believed they conducted them like a well-oiled machine.

As it turns out, office manager Trish took a contrary view. In fact, per her standards, the staff were less of a well-oiled machine and more of an unlubricated Sybian that grinded her all the wrong ways.

“We all knew she was a bit intense. A bit of a stickler, ya know? Standard office manager kinda behaviour but wowee once that red hard hat and vest was on she resembled something that would eat its own young”

Mid manager Karl, erroneously believed he’d be cut a little bit of slack due to his title. As he’d find out, his decision to go back into his office to grab his coffee was almost his last. He told us,

“I didn’t even know where she was. She was moving like no creature on earth can. I know we should leave our shit behind but it was a fresh coffee, man. Nothing prepared me for what happened next”

Karl was checking his surroundings to make sure Trish wasn’t around. It was clear he was concerned about further retribution. He continued,

“So yeah, I grab my coffee, and boom there is she. Her eyes were like lasers and I think she was growling a bit. She snatched the coffee and got boiling fluid all over her hand. She didn’t even flinch, dude, just told me she’d crush me like the insignificant worm I am if I ever disobeyed her again”

An intern suffered a similar fate after asking the highly intense Trish if she could pop back up quickly to grab her phone. Trish didn’t even need to say it but the intern knew her time at the firm was over.

After marching the staff out onto St Georges Terrace and onto Stirling Gardens, Trish let everyone know how disappointing she was. Vowing to go back to having the shitty biscuits in the kitchenette if her standards were met next time.

She finished her rant by telling everyone that she wasn’t sure what Mickey Mouse bullshit the old fire warden pulled but “playtime was over”.