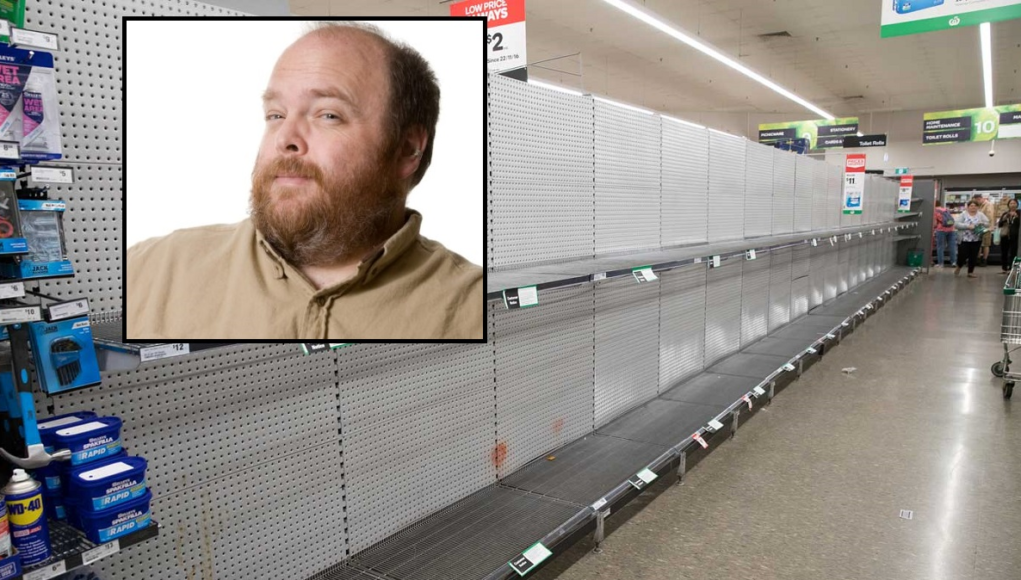 Notorious Perth Hoarder, Frank, has amassed an impressive supply of products that happen to be in short supply on account of supply chain issues sweeping the country.

“How the tables have turned”, Frank muses to himself as he swats away desperate requests from local supermarkets wanting a big ol’ slice of his toilet paper & panadol pie.

In response to the overwhelming demand, Frank has had to set limits on how much the supermarkets can buy back off him. For example, 10 boxes of Panadol per store, and just 1 pallet of toilet paper each.

We caught up with Frank who has taken to guarding his mountain of hoarded goods in his shed. He told The Bell Tower Times,

“Yeah, yeah, blow it out your arse, everyone called me a parasite during lockdown periods for hoarding but look who the man of the hour is now?”

It was clear that Frank viewed himself as some type of saviour. He continued,

Frank doesn’t exclusively re-sell his stock back to supermarkets. His black market essential goods trade is still roaring but he says he can sleep a bit easier at night price gouging national retailers rather than nan’s desperate for some ibuprofen to help their arthritis.

In a rare moment of inner reflection, Frank told us,

“Sometimes I look at the extra sea container I bought to stash my hoarded goods and wonder if it has all gone a bit far, ya know?”

It was looking like the breakthrough that Frank so sorely needed until he received a text from a representative of Woolies. He looks at the text and suddenly self-reflection melted into a puddle of greed,

“Ha! 20% over RRP if I sell some of these farken nappies back to them. That’s supply & demand for ya and if you don’t pay the piper you’ll be blamed for your customer’s literally stewing in their own shit”

It was clear that Frank hadn’t learned anything. Nevertheless, if you need a packet of panadol for $8 he’s ya man.