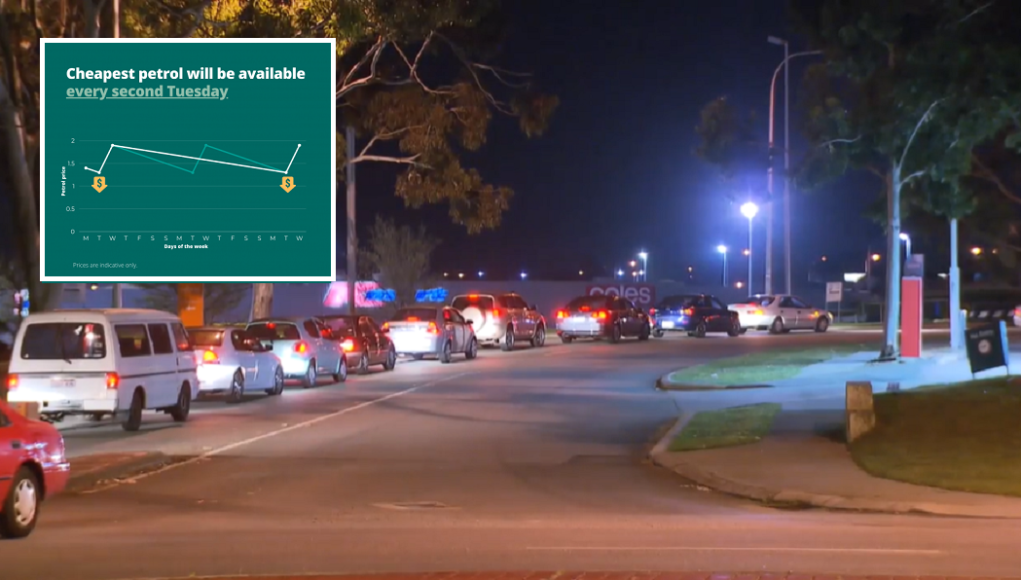 Sadly, the consequence of the change means that the “cheap day” for fuel will no longer be every Tuesday. With bargain hunters having to wait a fortnight for their chance to swoop in and pick at the carcass of discount petroleum.

Todd spoke to The Bell Tower Times about the new system,

“Queuing up for cheaper petrol every week has been a part of my life for longer than I can remember. For a good year and a half cheap day has been Tuesday and I haven’t missed a single one. Not sure what I’m gonna do with myself now, I’ve got all this free time”

Indeed, as a creature of habit Todd would spend upwards of 45 minutes in the petrol queue each Tuesday. Often creating a traffic clusterfuck for punters trying to get home after a long day of work.

We spoke to Todd’s wife who conceded that Todd was at a bit of a loss as to what he was going to do with himself now,

“Tuesday is a big day for Todd, he complains about it but he’s never happier than when he’s idling in that queue. I can’t even begin to tell you how many times we’ve almost run out of petrol on Monday but Todd always says, filling up outside of Tuesday is how they get ya”

Keen to explore new hobbies, Todd has earmarked developing an American fast food chain addiction on the week off from cheap petrol queues. He told us,

“Did you seen that Taco Bell line? In-N-Out? Absolute ragers. That’s a great way to stand around wasting my time. Not sure if it’ll give me the same sense of community as the fuel line because the tacos aren’t cheaper on Tuesday but you have to keep yourself busy, ya know?”

Todd may be freaking out for no reason, however. An expert on queues has told The Bell Tower Times that the effect of the fortnightly fuel cycle may mean that avid queuers may get the chance to wait twice as long on the fortnightly cheap fuel day,

“What we expect is motorists swooping in on the cheap Tuesday with even more resolve to fill up as many containers as they humanly can. So, while Todd may find he has a Tuesday off every 2nd week, he will be able to enjoy his fuel queue for twice as long on the next Tuesday”

Todd admits that that sounds like a pretty sweet fucken deal. There ain’t too many occasions that get a man like Harlee showering on a Saturday but the Broome Cup is one of them. He...

Traitorous Eagles fan forced to jump off Flagmantle bandwagon for one...

5 Secrets to Becoming a Succcessful Influencer

White Ox goes into liquidation after news darts will be banned...

Perth Stadium rushes to hire some lifeguards for today’s derby