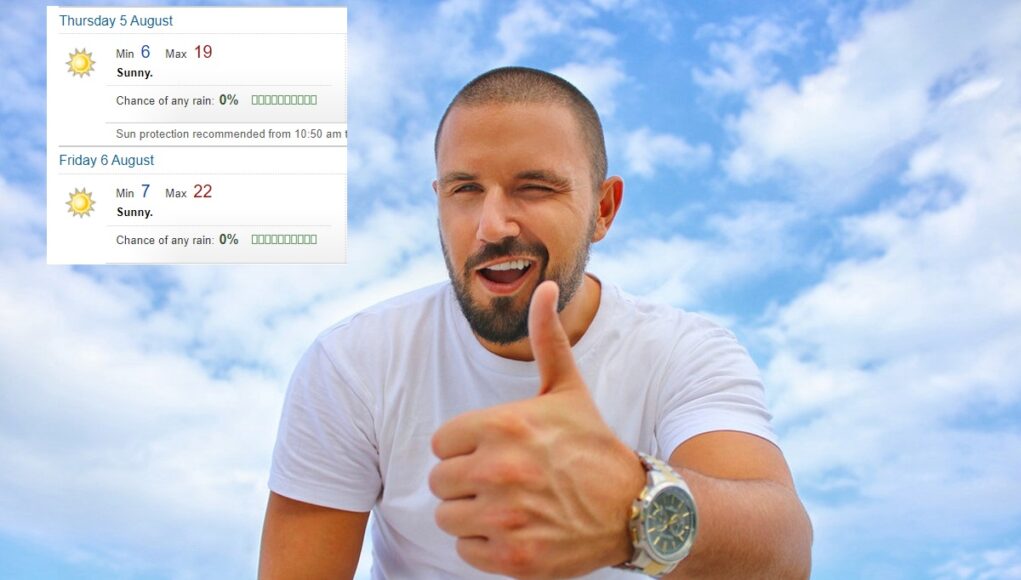 After checking the forecast during his 2nd morning mobile gaming session on the shitter, Dean diagnosed himself with a debilitating case of “need-some-god-damn-sun-itis”.

Ironically, the thought of spending a 19 & 22 degree day couped up in the fortified hell of an office actually did make him feel sick. So, in reality, it’s not a full lie.

Dean knew this wasn’t like one of his usual Friday morning food poisoning ruses. He knew the heat would be on, no less because of his reputation for having some of the most conveniently timed immune system failures in the game.

“I knew what the slimy little prick was up to when he returned from the toilet feeling his forehead. It was classic Dean and the show was only getting started”

After several minutes of rapid water consumption, Dean posed a question to Sammy, who was clearly struggling under the office’s stingy communal temperature policy, “Geez is it just me or is it really hot in here, I’m sweating?”

Sammy who was almost too cold to work told us,

“It wasn’t hot, he wasn’t hot, no one in that office was hot. Dean thought he was slick but I literally saw him dab some water from his bottle on his forehead before his grand performance, we all knew what was brewing”

Dean’s Oscar performance rolled on with a expertly executed mini-coughing “fit” while standing next to office germaphobe Theresa. Like a true artist Dean turned to her, rubbing his throat, “you don’t have any lozenges do ya?” He got the side eye he was craving.

After several more hours of looking more pathetic than Australia’s vaccine rollout, Dean decided it was time to reap what he had sown.

He groans his way into his manager’s office and tells her that he’s feeling crook as guts but he knew how important the Gibson file was to her, “I wont leave until I get this done for you, Patricia”. A selfless act to to make the candy he was selling even sweeter.

Asked if she bought the steaming pile of acting horseshit, Patricia said,

“No but I really don’t care. He’s just as useful at home than he is here – always sitting on the toilet or leering down the top of the receptionist. I’d get rid of him but his uncle is a major shareholder. Anyway do you think I plan on being here tomorrow? Mamma needs a tan”

And so Dean continues through life believing that he is the Daniel Day Flu-is of pretending to be sick.