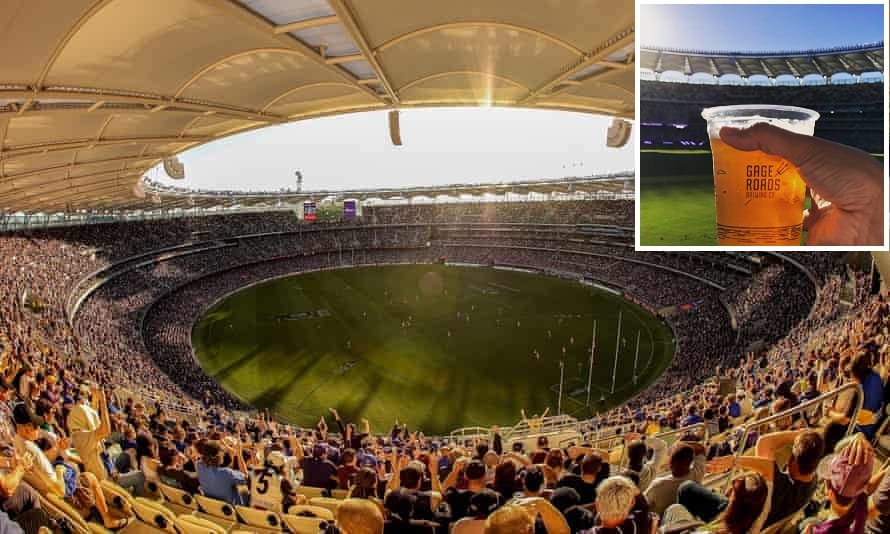 Perth Stadium is deadset adamant it doesn’t want a repeat of last week where punters were lining up for 45minutes to get some froffs.

They have launched a huge recruitment drive this week seeking casual staff for the final series but to ensure they don’t shit the bed on the food & drink service again they’ve introduced a novel idea.

Footy fans will be eligible for a 15% rebate on their ticket price if they roll up their sleeves, jump behind the bar and help out for a bit when they can.

Local man, Keith, welcomed the idea stating that even if Perth Stadium had managed to recruit all necessary staff, they would likely dog the Stadium at the last minute. He told The Bell Tower Times,

“These little shits wouldn’t know an honest day’s work if it fanged ‘em up the arse, mate. Too concerned with dancing like gooses on the tikytok. How would they like having to wait 45 mins for their avocado latte at the next climate rally, kents”

Similarly, in a strongly worded email to Perth Stadium last weekend, local man Bryan made it very clear that if he had to wait even 5 minutes for his 10th mid-strength for the night he’d storm the bar and get it himself. He used over 68 profanities in the 200-word email.

A Perth Stadium shot-caller said the email had given her ideas but she was truly inspired by seeing a relative pull the manoeuvre at a backyard 21st on the weekend. He told us,

“Ken didn’t even think twice. He could tell the young blokes he’d paid $20 to hand out beers weren’t under the pump so he selflessly got behind that trestle table and ran a clinic in beer slinging. That’s the sort of energy we need to not look like a pack of tits in front of the whole nation again”

Perth Stadium says the scheme will be run on an honour system. Telling us,

“Everyone knows who pulls their weight and who’s as useless as a height warning on the bayside bridge. If we see you doing your bit we’ll make sure you go home with your 15% on the night”

News of the staff shortage has ringed out across Australia with reports Eddie McGuire attempted to apply under the defunct 457 visa scheme for skilled workers as a last resort to be at the game. No dice Eddie.