Double demerit periods are special times of the year where cash strapped relatives are united with their drongo Commodore driving kin to “take one for the team” and save the hoon from another spiel on the sideline.

One such touching moment happened just this morning when Jaxxon, a self professed “full time sik karnt” and alumni from the school of hard knocks agreed to return his nan’s TV if she took an 8 point hit for him.

We spoke to Jaxxon about the arrangement,

“Thought I was sweet to open her up on Abernethy but I wasn’t ay. When I saw the flash I knew I was farked but nan always told me to make lemonade when yas cop lemons”

We asked what that meant in this context,

“I instantly got on the phone to nan and told her a fantastic opportunity had come up for her to get her telly back that happens to be in my living room since March. Old duck doesn’t drive anyway so if the photo doesn’t clearly identify me then she takes the hit and can watch The Chase again, win, win. That’ll stop her whinging about it, ay”

This instance of familial bliss is almost too touching for words. However ever not every dodgy declaration on a speeding fine is as heartwarming.

Robbo had been riding cloud 9 since picking up a coupla Grand Final tickets through a contractor at work. He’d taken the day off and was nursing an ice cold 10am froff and reflecting on the good life.

If only it was so easy. His lucrative work gig before his eyes as he pulled out an infringement notice from his letterbox. A neighbour reported hearing a mighty “fuuuarrrrrrkkkkk” as the tranquilityof the beautiful Spring morning was torn apart.

“Me whole contract flashed before my eyes. The Mago will never give me another E-Plate with my record and work has made it crystal clear that a full licence is conditional on my continued employment, cunnavo dawggg”

Now, the thing about Robbo is that this isn’t his first rodeo. It isn’t even in his top 20 rodeos. While that experience counts for something it also means he had worn down the goodwill of every relative in his family. In short, there was no one left willing to take the 8 point hit.

It was an unpleasant stain squishing around on the grundies of his mood. So he decided to knock it on the head and made a desperate plea on Facebook for someone to step forward and help a brother out.

As it happens, a cousin came slithering out from under the bush of Robbo’s anguish and made an offer that transcends all human decency. Robbo told us,

“He wanted both me grand final tickets and he’d take the hit. I offered the mutt $2k cash money and nup, he wanted to do me on all fronts mate”

A true conundrum. What was it going to be for Robbo, his livelihood or his tickets? Well, that’s the other thing about Robbo, he doesn’t play to lose.

We understand the deal broke down after Robbo tried to pass off some of the worst laser printer job replicas of his tickets known to man. His cousin took one look at the shocking effort and decided against signing the declaration.

It took three men to help unlatch Robbo’s jaw from his cousin’s face.

Clive Palmer to Sue High Court for Constantly Ruling Against Him 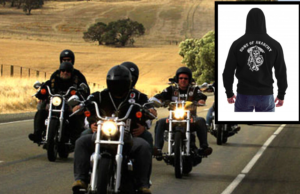 Belmont man, Brandon, has vowed that he and his imaginary 1%’er mates will never bow down to the WA Government’s tough new anti-bikie laws...

Clive Palmer to Sue High Court for Constantly Ruling Against Him