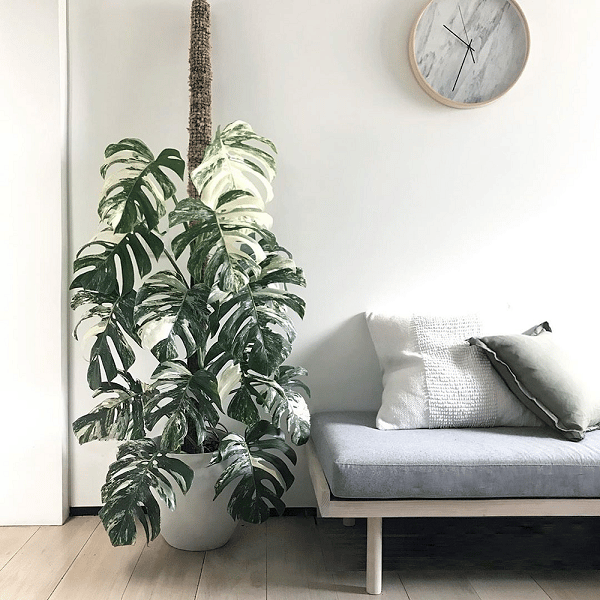 On Thursday morning, Subiaco woman Cecilia made the executive decision to delete Bumble and reveal her feelings for her true love – an established variegated monstera plant that really ties her living room together.

It is difficult to pinpoint a single romantic disaster that led to Cecila deleting her Bumble app. It was really more of a culmination of nailing so many dropkicks she began to feel like the Wallabies half back.

However, one could point the finger at Wednesday’s dinner on Beaufort Street where the suitor arrived 20 minutes late, “forgot” his wallet and told Cecilia half way through that his car “smelled like somfink died in it” so they’d have to “use” hers after.

She resisted the offer to have her back seats soaked in the stench of Lynx, beer and undesirable genetic gravy and called it a night.

That night she was visited by the ghosts of loser dates past. When she woke she had an amazing clarity – why keep looking when she had already found her soulmate?

She told The Bell Tower Times,

“I knew I had a connection when I bought the juvenile plant for $700 off Gumtree. It was one of the few plants I didn’t massacre and to be honest, I took that as a sign that it wanted to be with me”

An increasingly crazed glint sparkled in her eyes as she continued,

“Our favourite is date day, when I take him out to the garden and sing him a few songs. Plants love music. Then I take him into the bathroom, light some candles, put some nature ambience on and let him watch me take a long bath. He REALLY likes that”

We unsuccessfully tried to change the subject before Cecilia hit us with more unsettling details,

“Then I just dig the tips of my fingers into his soil and give him a good, vigorous aeration, oh, come to mamma”

Sensing the interview was veering towards confronting territory we decided to leave the lovers to the rest of their date day and got the hell out of there.

For more on houseplants: IN FOCUS – DEALING WITH CRIPPLING HOUSEPLANT ADDICTION, THE HUMAN ZOO – MS I LOVE HOUSEPLANTS