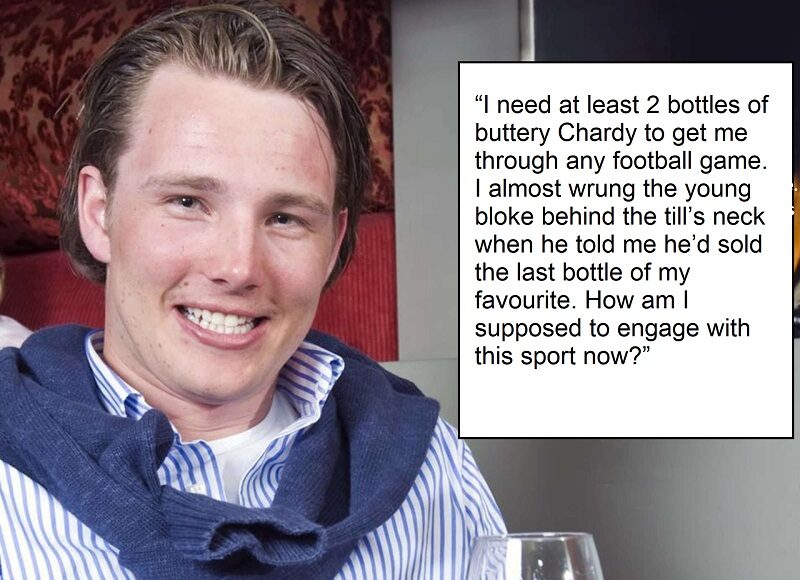 Melbourne Demons’ supporters have been crawling out of the woodwork this week to show their support for the affluently acceptable club.

Naturally, this has ruffled the feathers of the Eagles’ fans who embarked on their weekly supply runs to their favourite bottlos. Only to find their beloved footy juice splashed across the sagging jowls of Eastern elitists.

Tim who likes to park his Range Rover wherever he likes on these shopping trips described the scene,

“I need at least 2 bottles of buttery Chardy to get me through any football game. I almost wrung the young bloke behind the till’s neck when he told me he’d sold the last bottle of my favourite. How am I supposed to engage with this sport now?”

Patricia from Cottesloe had a similar encounter when she rather unceremoniously tried to grab a couple of bottles from the hands of red & navy blue draped toffs.

“Where have these people come from? We’ve never had much of an issue with Melbourne supporters over the years but lately, it’s been the new plague! I kindly explained to the manager just how much business I have personally given his shop over the years and it would behove him to de-bottle this opulent gutter trash stealing my wine”

Another bust-up occurred in Swanbourne after a fight broke out over the last chilled bottle of Leeuwin Estate. A witness told The Bell Tower Times,

“There was a lot of posturing and insults thrown but it got really heated when the topic somehow segued to what was the finest ski resort in Aspen. You could really tell it was getting nasty then”

Playing the “demons” advocate, we asked an aggrieved Peppy Grove man why he didn’t just dig into his cellar for a few bottles. He become noticeably irritated as he tried to calm himself down enough to speak,

“The GOOD stuff? My daughter married someone from Bicton or some such who she insists on bringing to my home. Do you think I’d let my private stocks touch those lips. We need some mid-tier swill for the masses. You’re obviously not from around here”

As always, the root of the tension is that a rich kent might have to dig deep into their own pocket to accomodate the peasants.