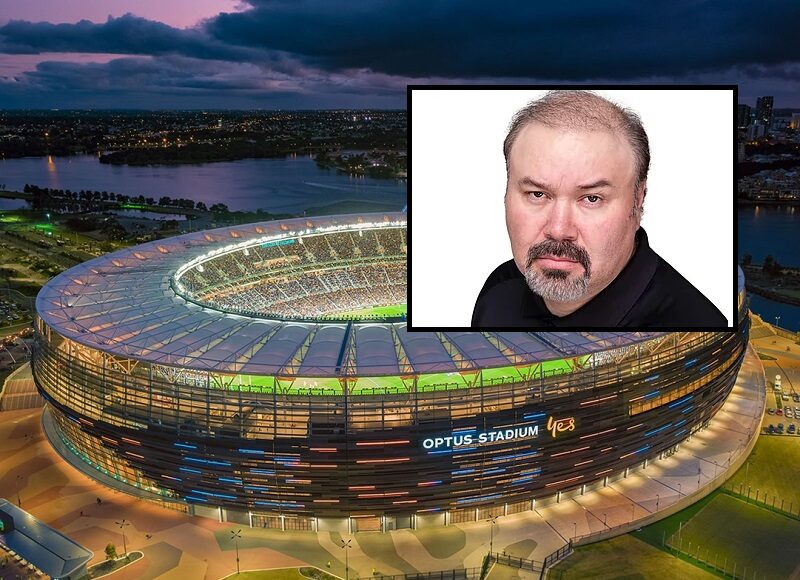 Thomas intends to walk amongst his big bird people today and hopes no one can smell the stench of purple-betrayal on him after ¾ of a season secretly relishing in Flagmantle victories.

See, Thomas was never the Eagles superfan he pretended to be. In fact, his support for the team very much depended on their dominance. So when they had a tough season he found solace in his once sworn enemies.

However, the privacy of his loungeroom is very different from the big stage, so he’ll be attending the derby today rocking the blue & yellow like the 3rd banana in god damn pyjamas. He told The Times,

It was clear from his weak voice and unconvincing delivery that Thomas still had his mind on Flagmantle’s silky smooth midfield and impressive defensive might. He continued,

“Do you think anyone will know? What I’ve become. I watch Flagmantle games in the shed out the back with the door locked. How can something that feels so right also feel serong? Fark just listen to me”

Accordingly, Thomas has made his wife and 3 children sign an NDA to make sure they don’t tell their friends that Thomas has been getting around Freo lately. His wife told The Times,

“I caught him tearing him while watching a Mundy highlight reel yesterday. Honestly seen a less alarmed face when I caught one of my boys going hard on one of his socks. He’s a sick man at the moment”

Like any classic closet case, Thomas intends to hide the secret ripping him up inside by being 10 times more obnoxious than any other Eagles fan at the derby. Adding,

“People are going to look at me and think, typical West Coast fan, and no one will ever know. It’s just one week and then I can go back to fostering my inner darkness”