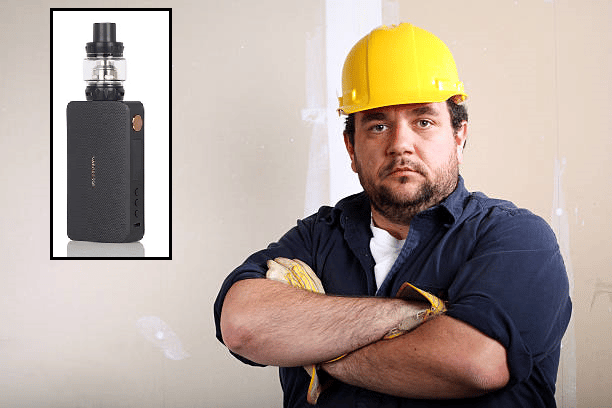 A Baldivis FIFO worker has taken the skills shortage as a chance to negotiate some demands if his company wants to keep him on – mainly, to be paid in part in a variety of flavours of his favourite vape juice.

As a secondary condition, said vape juice will also be stored on site so he doesn’t have to worry about forgetting to pack his precious elixir and have to suck on a filthy driller’s vape. We spoke to the man himself who told The Times,

“Discover what ya love and let it consume ya ha ha, that’s vaping for me. I’m on the blueberry-dick from am to pm. May as well just get paid in the shit ay”

As it currently stands, the big ‘orse spends most of his time back in Perth at Cloud 9. He has a real knack for tearing through his juice and frankly, it’s beginning to cost him.

Some in the industry are questioning how the man has so much sway, well he’s far from the best employee but he has only returned one dirty piss test. Soo in this current climate he’s as good as it gets.

Acknowledging that this puts the man in the elite echelon of FIFO workers, his company knows that they will have to bend to his demands if they want to keep this rare talent.

We can also reveal that he demanded they book flights that would allow vaping. When advised no such commercial flight existed he asked them to book him a private charter.

A spokesperson for the company told The Times,

“He hasn’t missed a swing in over a month. That’s a pretty solid employee but honestly, a private flight every 2 weeks? We’re not made of money. We’ll meet his vape juice demands but that’s as far as it goes”

We understand that he will be talking to other companies and assessing his options.