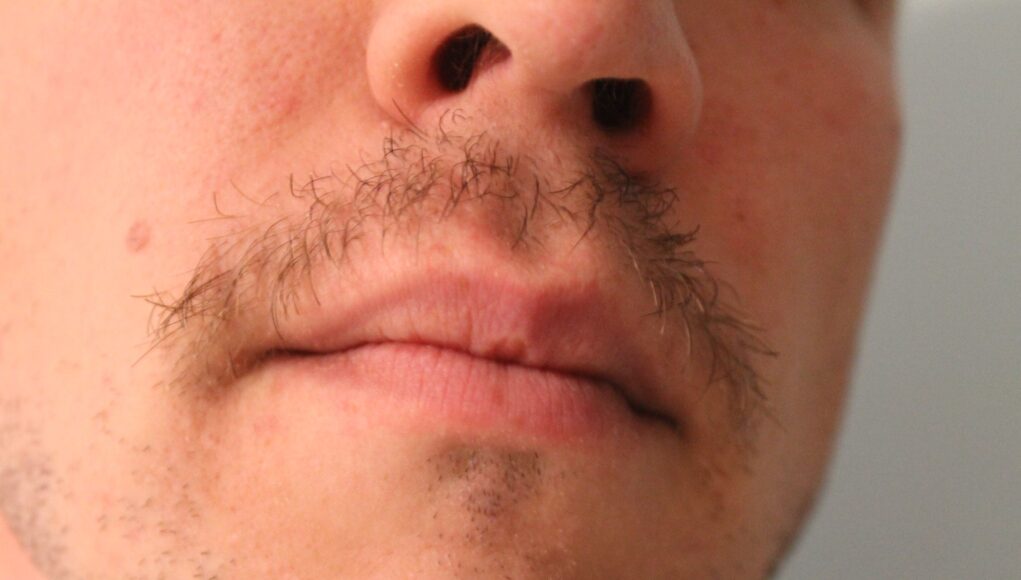 The countdown is on until Gosnell’s man Tim is no longer welcome around playgrounds, schools, or daycare centres on account of the seedy ‘stache forming in the usual place.

Described as a “pubey mess”, Tim maintains that it’ll “come good” and just has to ride out the unfortunate pest stage. A task complicated by the fact he lives right near a local primary school. Tim told The Times,

“It’s for a good cause, even though I didn’t raise any money or anything but the guys at work think it’s funny as. How am I looking?”

He was giving off the energy of a young Rolf. There was no doubt about that but not wanting to deflate his mo-bubble we asked him how his foam catcher stacked up against others at work. He told The Times,

“I work with a lot of Italians so, yeah, not great if I’m honest. Pretty sure Angelo sprouted one on the first day. Before lunch even. Was just there. He denied starting early and judging by his back hair I believe him”

Despite being in the pre-pest stage, Tim says he still gets looks from concerned mummies in the supermarket,

“Yeah, a lot of ushering. Too much ushering if I’m honest. If they are already recoiling in disgust at what kind of monster I am now, imagine what it’s gonna be like next week. All for a good cause but”

While Tim has once again neglected to actually raise any more for his disgusting look, you can donate to his cause by joining his crusade against community members who post his photo online asking if anyone else has seen this creep lurking around the school.

He would highly appreciate that.