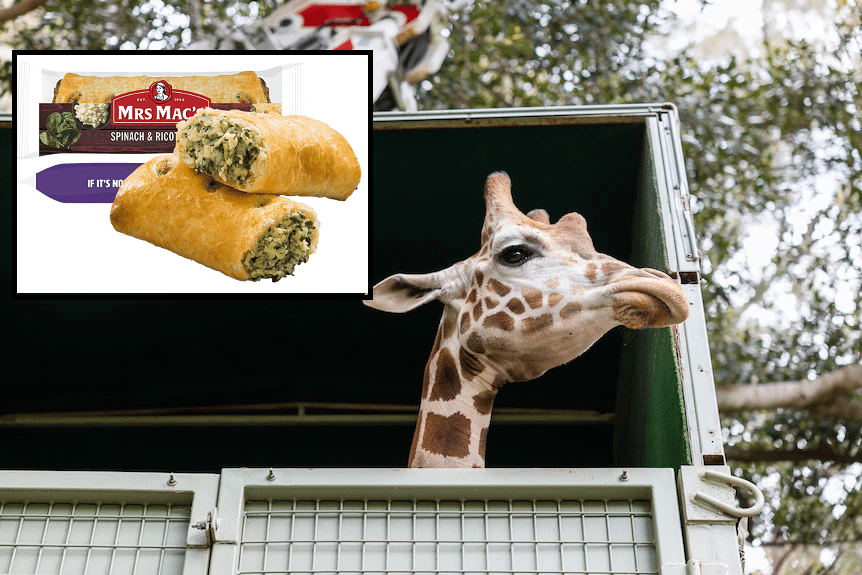 The highest reaches of the WA Government were scrambling to keep costing data secret after the successful transportation of WA’s favourite long boi, Inkosi the giraffe this week.

While the transit itself cost a pretty penny the truly eye-watering sum was revealed to be the big vegetarian’s insatiable lust for roadhouse spinach & ricotta rolls. Being unwilling to chow down on cheaper Bain Marie fare like everyone else.

A spokesperson for the WA Government admitted that the state could be in a bit of strife, telling The Times,

“Look we all know roadhouse tucker isn’t the cheapest and do you have any idea how much the big feller eats in a day? It’s ridiculous. I’d be surprised if there are any cheese & spinach rolls left from South Perth to South Australia. He was ravenous and at roadhouse prices we’re looking in the billions here”

“Must’ve been thousands of the dogs mate. No one else really eats em out here mate, maybe some yuppie living out their Nullarbor crossing fantasy. This giraffe took ‘em all. Then one of his minders came back for at least half a million bucks worth of sauce. Only a few packets though these days ha ha”

WA is now in a perilous position. Either settle the money owing on Inkosi’s snack tab or not upgrade the power grid ahead of summer. A choice they say was an easy one. With a spokesperson telling The Times,

“I think most people can agree they’d rather Inkosi get a decent roadhouse feed on his journey than stay cool over summer. He’s like a celebrity now and it’s up to every Western Australian to do their bit”

In other news, you don’t even want to know about the mess that had to be cleaned up after a few days of going hard on the cheese & spinach rolls. Don’t even think about it.

RELATED: Perth giraffe Inkosi “fending it off with a stick” after flexing his 6151 postcode to SA hick Giraffes