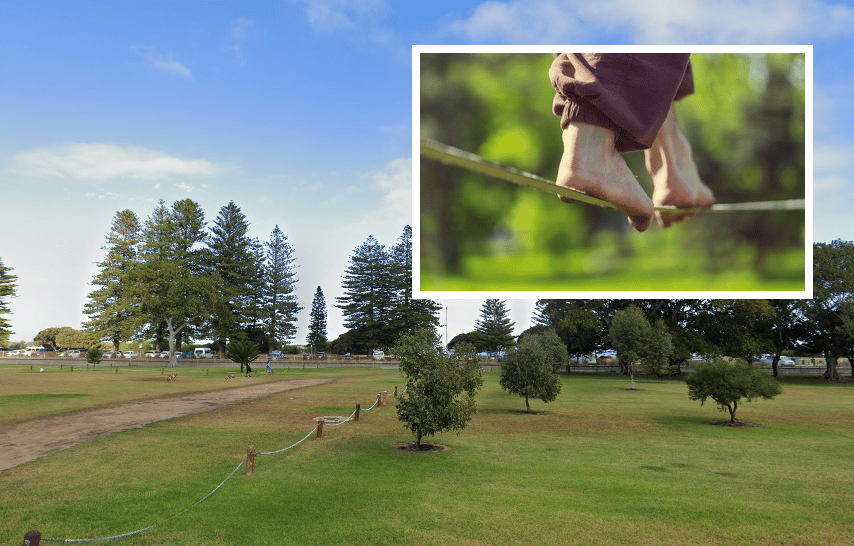 An eerie atmosphere fell over South Beach today as a group of backpackers arrived in a regular sedan and without a slackline kit.

It was reported the regular sedan didn’t have a single sticker supporting the conservation of a forest, reef, or at the very least some reference to the Mother Gaia.

A nearby group of French backpackers was nearly unable to finish their drum circle when they noticed that this suspicious group didn’t even have a thick cloud of burning plant matter billowing from their area.

Unsettled murmurs of “where’s their van?” were heard across the park as the group had the audacity to not listen to Reggae or some a set from their friend who DJ’d at a doof on the weekend.

Jean Claude who prefers to go by the name Astro-Warrior told The Bell Tower Times,

“We thought they were, as you say, under the cover cops? We sent Earth Rejuvenator over to invite them to slackline with us but they said no, weren’t interested apparently”

However, what Earth Rejuvenator saw when she walked would chill her to the bone. Each and every member of the group had brought enclosed footwear with them. Not a single piece of string was tied around an ankle and there wasn’t a bead necklace for sale in sight.

“This had to be a raid! I walked back slowly and signalled to everyone to stash away whatever they had on them. We also made sure our friend Border Traverser got the hell out of there”

True to his name, Border Traverser had played pretty fast & loose with his Visa conditions and overstayed his Visa by several years. He couldn’t take the risk. It was all too strange.

A forensic search of their nearby bin afterward confirmed Astro-Warrior’s greatest fear – coffee cups with what appeared to have the remnants of normal, cow milk in them.

He didn’t know who these people were but they sure as shit weren’t South Beach types.

READ the latest on Freo HERE.