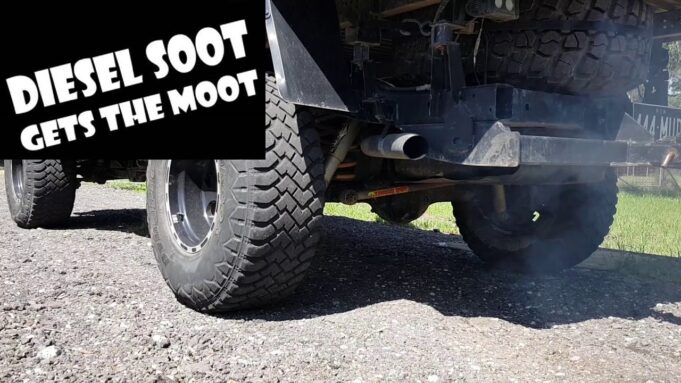 For more than 15 years, Jezza had been unlucky in his lust with a long record of failed conquests down at the local tavern. He just didn’t have what the French call, “je ne sais quoi” – that indefinable thing.

However, his clumsy attempts at mating soon were in his rearview mirror, hidden in a cloud of thick diesel soot from his new Patrol.

He’d always read the bumper sticker but always wrote it off as a pipe dream. Surely buying a diesel car wasn’t the answer to his raging needs?

We tracked him down and he told The Bell Tower Times,

“Girls always said I had a head like a seafood buffet. Didn’t help that I’d come straight to the pub from plumbing. Oi Jezza ya smell like Lynx mixed with dogshit, they’d say”

He took a minute to squint at the racing results on the nearby screen. He continued,

“No shit but, picked up me new Patrol on Thursdee and after letting off a filthy soot cloud in the car park me messenger was blowing up. Suddenly it wasn’t could you brush ya teeth ya dirty kent, it was all, can ya take me on ya next fishing trip, we can share a swag”

Playing the devil’s advocate we asked whether perhaps it was the new 4WD that had the girls hot not just the fact it spewed diesel soot into the atmosphere. He rebutted aggressively,

“Oi yeah Nah, you don’t know what yas talking about mate, had a Pajero that ran on petrol for ages. Didn’t get any moot, even with the Get ya Vag in the Paj sticker”

Asked what it was about the noxious substance coming from his exhaust that got the ladies wet, Jezza told us,

“It’s probably like one of those meto-fours for what they’ll get from me own pipe ha ha, nah yeah, Nah I’m clean I reckon, doesn’t burn or nothing”

Anyway you look at it, Jezza has had a different companion every night of the week. Perhaps the strongest proof yet for the age-old question – does diesel soot get the moot.

For more on the pulling power of a Patrol: THE HUMAN ZOO – THE PATROL DRIVER