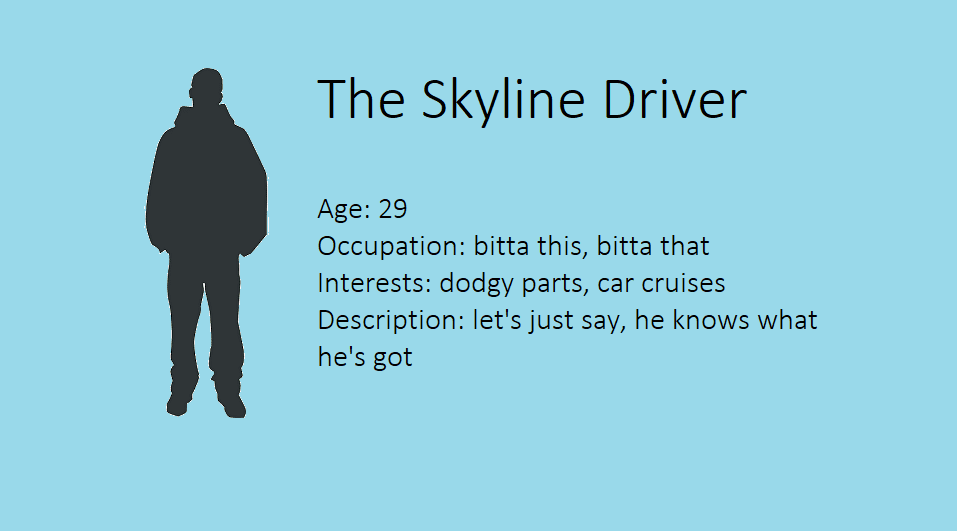 Many moons ago, Trent became the successor in a long line of degenerate P Platers to take the wheel of a 1995 R33 GTS-T Skyline. He made the seller an offer he couldn’t refuse: $4k, a stolen subwoofer and a half weight of gear. SOLD.

The faded red paint job has begun to resemble the 4th cup of Vampiric tea using the same tampon and she now has more dodgy Chinese parts in her than a Beijing organ traffickers fridge.

What’s that rattle? Well, you’d have to be more specific because those cheap eBay parts were installed with all the mechanical skill of a Gorilla that got into that patch of “funny” mushrooms. Tek screws for days.

Of course, if you ask Trent, or consult his grotesque Instagram shrine to his baby, he’ll tell you he’s just like “every other GTR owner”. He has a high-performance vehicle in immaculate condition that gets all the other year 12 students’ necks snapping when he goes to pick up his main squeeze.

So what if Trent graduated year 10 well over a decade ago? If love is a paint-by-number canvas, then fixating on just one number would ruin the whole masterpiece.

At least that’s what Trent tells himself while sucking back his 10th billie for the evening as the thought swirls through his head that he might actually be a loser.

Most of his time is spent honouring the memory of Paul Walker on car cruises. Deep down, Trent knows that Paul Walker died so that men like him could live out their boy racer fantasies and drive obnoxiously with a girl needing to study for her exams riding shotgun.

Despite the meat turbo in his pants kicking in every time he looks at his Skyline, Trent knows what he’s got and decides it’s time to cash out on his investment. $40K should suffice for such a well-maintained car.

Like any good online car salesman, Trent dips his quill in liquid bullshit as he scribes a paragraph of fraudulent puffery in an attempt to sell the car before a yellow sticker seals her fate.

How does he justify the $40K? Well, he’s had the motor freshly rebuilt, hasn’t he! Alas, he’s lost the receipts so you’ll just have to take his word on that one. He posts his ad in all the usual places and spends several weeks slaying his foes like the mighty keyboard warrior.

Someone dares suggest he’d been honking out some melodies on the crystal flute before writing his ad. Another suggested it was worth $5k max given all the work that would have to go into.

Needless to say, Trent doesn’t take this well. His high schooler GF could see the comments and you NEVER dishonour a man in front of the school’s swimming captain.

He goes down in a blaze of glory. Threatening to come to the workplace of some guy who asked about the service history and fight him. Eventually, he is banned from every FB group and no closer to his eye-watering $40k sales figure.

There’s only one thing left to do. Drive. He takes his baby out for a spin and in an attempt to showcase his “driving ability” joins the back of a mechanical centipede on Leach Highway.

Damn, his girl has whiplash, her dad now knows she wasn’t out at a study group and he’s uninsured. All things considered, Trent decides to knock $1k off the asking price due to “some superficial damage” to the front of the car.

All in a day’s work for a Skyline driver.