Australians love Oktoberfest because they get to adopt and treat Bavarian culture like a red-haired orphan. Call it payback for Germany’s indiscretions over the years.

Ciara hosts the pres at her parent’s East Perth abode. She and her five besties pace around her bedroom making sure their expensive rental costumes are looking das shizen.

Of course, the pres are less about bonding and more about the mandatory pre-event selfie before they look they all look like Alice Cooper in a sauna later on.

The girls form a human centipede chain in front of the bathroom mirror, and Ciara uploads the photo, “Do you even Oktoberfest? #german #oktoberfestau #langleypark #stein #beerwenches #lol #shouldbestudying #dasbabes”.

They arrive at Langley Park and sprawl out into an area that resembles a casting call for a German barnyard movie – tits and slobbering animals everywhere.

Ciara cracks her first can of Bavaria: a beer usually reserved for 10 am drunks who casually piss-slime into the bottlo the minute the doors open. Nevertheless, she sinks it faster than Clive Palmer in a canoe.

By 4pm, Ciara is feeling the ill-effects of liquid gluten abuse. She has randomly started a blue with her best friend over some irrelevant bullshit that can only be resolved after she has shed enough attention-seeking tears from her fucked-eyed face.

Accordingly, Ciara is unsteady on her feet, and her drunken drama-queening has made her unappealing to all but the seediest faux-German vultures circling.

Luckily for Ciara, a shithead marches past in a lagered-haze and spots his damsel in distress. He is dressed like a UWA banterlord: female clothing, padding under a bra and a wig that has all the appeal of a shower drain clogged with HIV-soaked pubes. He stumbles over and begins the dance of the drunkard, “ayyyyyyyyyyy what’s wrong angel face?”

Ciara sways around while he peppers her with sweet slop-nothings, “we can do it in that portable toilet, babe”. Luckily, her standards aren’t as low as her neckline and his boozy advances are the final straw for her tumultuous stomach. She lurches over and sprays the lad’s shoes with a chunky spray of overindulgence.

At that moment, he stops thinking with his bratwurst and decides to get away from her faster than a police chase on das Autobahn.

On the plus side, she now feels better than she looks and is able to continue her booze-haggin’ to painful sounds of accordions and yodelling.

Eventually, Ciara hails a taxi with all the composed coordination of a newly birthed baby giraffe. She will wake up with a sore head and niggling feeling that she has set back German-Australian relations by about 10 years. 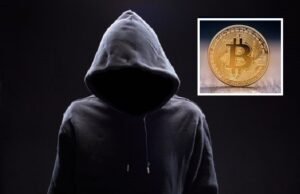 Perth Criminal Thanks the Justice System for Making Him a Bitcoin...

Jarred* has been accused of a lot of things in his day but being good at crime was never one of them. In fact,...