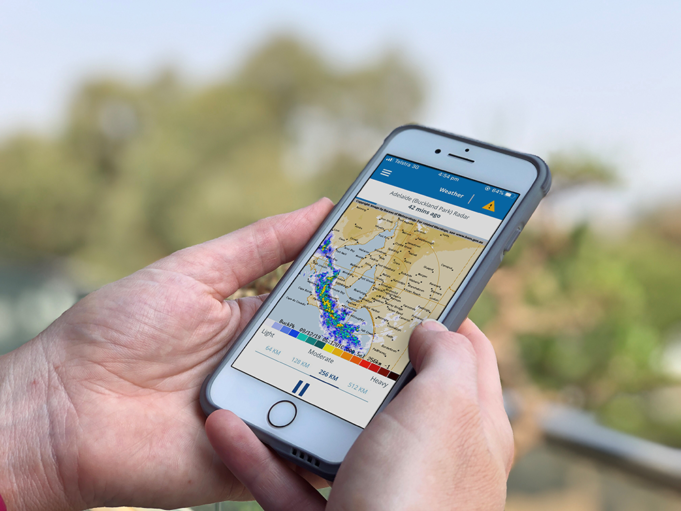 Curtis admits that he struggles to even think about the man he used to be just 2 days before downloading the Bureau of Meteorology app on his phone.

Before getting his weather straight from the source he described himself as a “total shitmunching pleb” that would rely on his inbuilt Samsung weather app to inform him of the day’s forecast.

“I can’t believe I was just like all the other sheeple. Getting my weather updates from some inferior source. I even used an app that would use profanities in the daily report. I was lost”

We pressed him on what had changed. He was teary but pushed through the pain to continue

“I wanted to sink some beers down at the foreshore and my friend showed me this weather radar on his phone. He could see the rain coming in, live and raw, man. Once I had a taste I could never turn back”

Indeed, Curtis is now certifiably insufferable with his unsolicited weather updated. His friend that showed him the radar was remorseful of his actions,

“Wish I’d never shown him. He walks around like he’s Angela Tsun at 6 PM now. You can’t do anything without him passing off publicly available weather observations as his own knowledge, he’s farken annoying, mate”

“I had the smug turd over for a BBQ and he made this big song ‘n dance over the fact I checked the weather on my iPhone home screen. I didn’t even care, he’s the one who asked me what the weather was gonna be like on Tuesdee, I reckon it was a set up”

We put these allegations to Curtis who responded,

“Ya got me. Can you believe this muppet still uses his iPhone to get weather information? What a piece of shit. He should’ve been one of those babies the Spartans booted off the cliff. Ashamed to be related to him, to be honest”

We note that this encounter was not one week after downloading the BoM app himself.