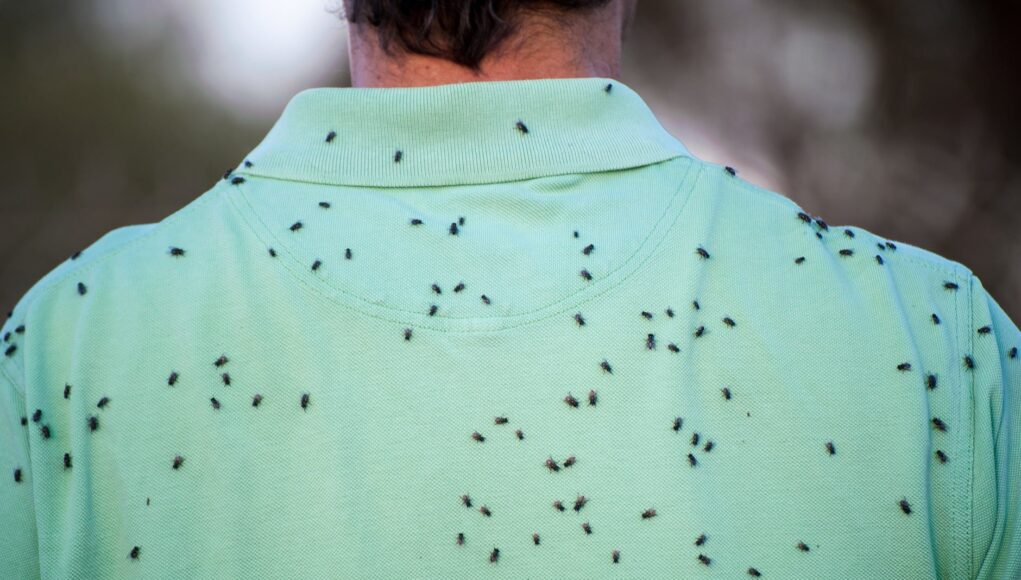 Being born in the Pilbara, Rory swallowed 3 whole flies before he’d even left his mother’s womb as an infant. Some say the additional protein that flew into his mouth every day is what made him such a big, strong country boy.

Fast forward 30 years and Rory found himself in the big smoke. Working with a bunch of clean shirts that wouldn’t even know the subtle difference between the nutty delight of a bush fly from the refreshing tang of a blowfly.

On a recent site visit, Rory and his colleagues found themselves under heavy attack by a swarm of flies. One of the first true moments of blow fly-fuckery for the pre-summer period.

Rory took the opportunity to remind his workmates that compared to the daily swarms he grew up around in the Pilbara, this was fark all and he didn’t want to hear a single whinge about it. Rory’s coworker Bryan told The Times,

“It was shocking, we were near some swampy land and it was relentless. We’d heard it was a wet winter so the flies were going to be bad this year. I was struggling to keep my cool and Belinda was one more lip-landing away from a full blow out”

What shocked Bryan & Belinda more was that throughout the entire 45-minute ordeal, Rory didn’t raise his hand once to shoo away a single fly. Even conducting a calm, eloquent conversation with up to 3 pests crawling on his cheeks.  Belinda told us,

“One crawled onto his lip and rather than smash his face with his own hand in a panicked flurry, he just gently blew it away. Didn’t skip a beat with his analysis of the lot we were looking at. Bryan on the other hand almost knocked himself out after he blew a fuse with a particularly persistent fly”

Making sure his Peth-born coworkers were out of earshot, Rory admitted he wasn’t thrilled about having flies on his face but he wasn’t going to miss the opportunity to establish dominance.

“You don’t mess with someone that isn’t bothered by disgusting insects crawling on their face. I put Bryan & Belinda in their place. I’m the alpha dog, got it?”

RELATED: 5 hot tips to help you transition into your new life up North (Part 1)