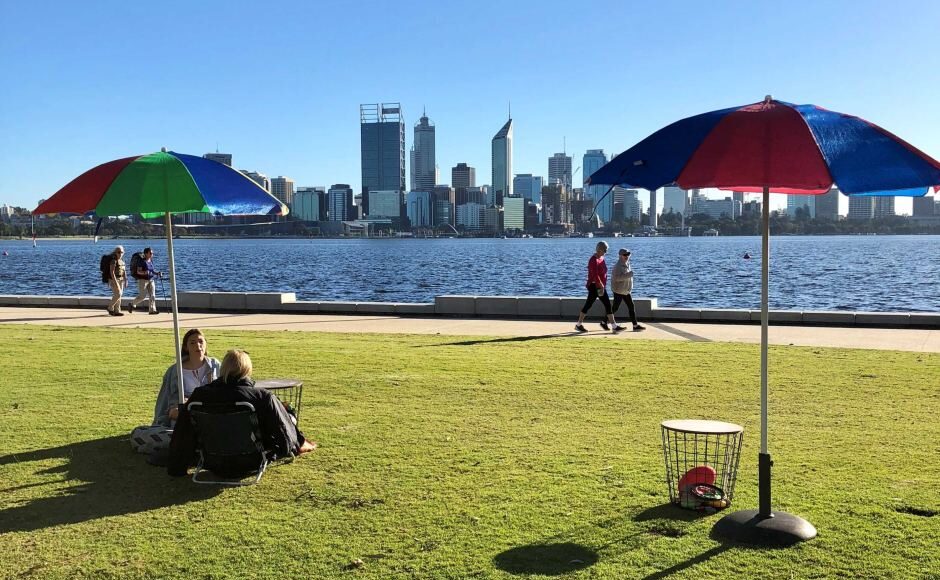 After a winter wetter than a substitute teacher’s armpits, Perth residents are finding themselves getting a bit too excited about Friday’s 22 degree scorcher. What have we become, England?

It cannot be underestimated how much of an impact July has had on the Perth psyche. This is a people normally known for refusing to even get out of bed for 22 degrees. Especially if someone from the eastern states is listening.

Many residents intend to simply ignore the fact they have laboured through July like they were being forced to invade Russia in winter and get back on their “what winter?” Bullshit.

Our burgeoning British population should also not avoid blame. Each year we take a step closer to officially re-joining our crappy weathered island cousin. After all, we’ve already lost the North to them. It’s only a matter of time until they bust down the gates to the main City, really.

With every proclamation of joy for Thursday & Fridays weather we edge ever closer to the limey pack of poms beckoning us to “join them” because “22 is a lubbly bitta weather, innit”.

Influencers are perhaps some of the most excited and will almost definitely take time out of their busy schedule of drinking shit-yaself-tea and stage elaborate photoshoots.

They may not get a chance to pose next to their parent’s below ground fibreglass pool for another month or more. Any Instagram-boyfriend hoping to enjoy the sun had better think again, it’s camera duty for you, bozo.

Dermatologists are warning citizens to proceed with caution as half of you lot are looking whiter than an arse cheek at an Aussie hip hop convention.

Not only is getting burned bad for your health but you may never recover from the humiliation of metamorphising into a lobster on a mere 22 degree day.

Remember, this City has a reputation to uphold. We are heat connoisseurs. A breed of people who have become accustomed to a certain quality of heat. It defines us. It’s really all we have. So behave with some god damn dignity.

It’s not all sunny though – the 18-35 year old male demographic of the Southern suburbs will finally have run out of excuses for why they haven’t washed any of their jocks, hoodies & bed sheets for several months (18 if they are being really honest).

But hey, they’ve worked hard on that crust and probably aren’t going to undo all that hard work just because the sun has decided to show its face for a few days.