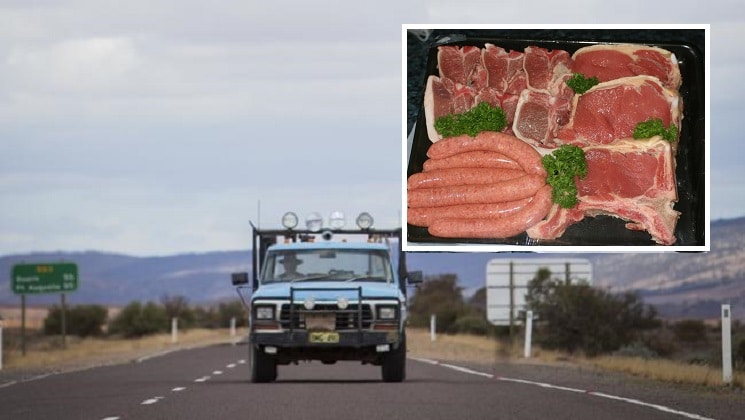 It’s fair to say that wander out yonderers, Matt & Alicia hadn’t endeared themselves to the locals in a town a few 100km from Perth during their overnight visit.

Similarly, Matt shat the bed when asked by an old mate whether he was going to check out the local cricket match tomorrow. To which Matt replied, “I don’t really get into the sportsball but I’m sure it’ll be some good sports!”

If that didn’t make several locals want to slap his freshly shaven face like a newborn baby’s arse then his “haircut” and “antiperspirant” certainly did. Not to mention having the audacity to order a gin & tonic.

However, since the border closure, they have been exposed to more of these sorts and managed to maintain a thin veneer of civility. That was until the Friday night meat raffle was drawn and would you look who had the winning ticket – Mr. Gin & Tonic himself.

Now, what you have to remember is that the meat tray has been won by a member of one of three families for the past 80 years. That’s how it goes. That’s the glue that holds the very fabric of this town together.

It’s less of a competition and more a redistribution of meaty wealth to the local pissheads to help soak up the 20 odd tins of Emu they suck down on an average Friday afternoon. Tim inadvertently had dropped a huge steamer in the bathtub of everything the town holds dear.

We spoke to local pisswreck Jonesy who witnessed the tension unfold,

“Deadset, cob it was touch and go for a minute there. Things got really tense when Captain DicknBalls asked whether the meat was ethically sourced. Then they done this tiktoky banging on about how they’d won. Tell ya what I reckon it was time for them to leave”

Too caught up with dry-humping the salt or the earth fantasy on socials, Matt & Alicia didn’t even notice Rooster try to lob a beer can at their head. Missing by several metres given Rooster’s extraordinary level of intoxication.

Ultimately, the group of aggrieved punters decided not to slash the couple’s tyres, deciding that they’d rather see the back of Matt & Alicia than have them stay around town waiting for their van to be fixed.

A sentiment they soon regretted after discovering ¾ of the tray chucked in the bin the next morning. We understand it took 3 men to stop Rooster from getting in his ute to follow them to their next stop several 100kms away.