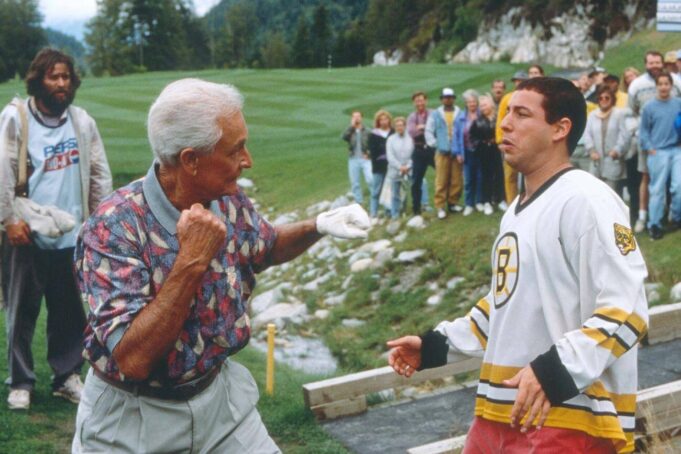 When you combine a marketing budget with a vague corporate notion of “networking” you get the corporate golf day. Everyone’s favourite tax-deductible piss-up on the company time & dime.

For senior management, it’s essentially just a chance to swap day-wines for day-beers but young shitfish should be careful to navigate the treacherous river and not end up in the jaws of an aggrieved boomer-bear or worse, HR.

First and foremost, it’s important to attend the event in understated golf-chic. Going too hard on the golf look can put an enormous amount of pressure on yourself to perform. After all, there are prizes to be won and you don’t want to catfish your boss.

If you do dress like a PGA-wannabe you’d better be getting in more holes than Tiger Wood’s love-putter in 2009. This is also because there are only two acceptable skill levels to have on a golf day – prize-winning ringer or slightly worse than the person who pays you.

If you’re alright at golf then striking the balance between your competitiveness and your superior’s fragile egos is an essential skill.

No one said it was easy and frankly the senior ranks of the corporate world like seeing people squirm like this. So wriggle for ‘em like the ladder-climbing worm-boy you are.

However, if you tend to spend more time excavating the earth than getting the ball in the air then you must make sure you keep the lid on that simmering pot of internal rage.

Golf has a unique way of channelling the worst version of yourself. Conversely, corporate relationships are about keeping things nice and superficial. Under no circumstances can you let the mask slip and allow them to see the unhinged psychopath within.

If you do feel the anger-hog trying to bolt from the barn, remember that’s why these events have so much booze flowing. Keep yourself nicely sauced so you can use the same excuse you use with the wife for your performance.

Ultimately, keeping the edge off is the most important part of the day, especially when you’re forced to congratulate your boss on a shot after you saw him discreetly kick it 2m out of the rough.

You’ll also need that beautiful liquid zen for when you have to endure the endless blow-hards making speeches at the end of the day. There is no Oscar time-out song for a boozed-up director with a passion for the sound of their own voice.