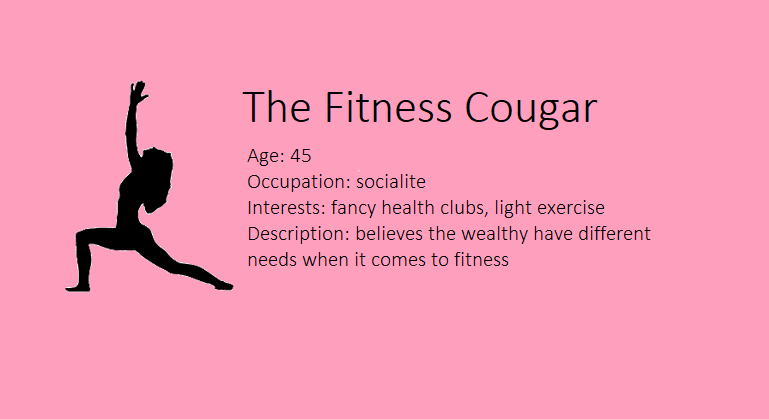 The unpleasant discharge from muscular Tinder sexpests has polluted gyms and threatened the natural habitat of the lifestyle-fitness birds.

Glamorous Western Suburbs cougars were forced to seek refuge in expensive “health clubs” that promise a relentless double pen of dickheadfree health & fitness programs to keep their champagne flutes full of the narcissistic bubbly that flows from these exorbitantly priced fountains of youth.

Claudia is a stunning natural phenomenon that makes the Aurora Borealis look like your drunk uncles shameful fairy light display out the back of his rented duplex.

She could probably just maintain her figure by jogging on occasion, however, she spends big on a health club membership. Why? To smugly ram her “healthy lifestyle” down your non-paleo flabby gut-holes.

It’s Saturday afternoon and Claudia adorns herself in the official outfit of the woman who yabbers on her phone while treadmilling: Lululemon tights, a tank top saying ‘I Can Do Anything #IamWoman” and a pink ventilation visor that is as useless as her husband’s vasectomised fuckstick.

She stretches for 25minutes before deciding to take a midriff gym selfie next to a weights machine she has no idea how to use. She uploads the photo to the delight of every over 50 golden triangle creeper that has tried to buy her a bottle of Pol Rojer over the years.

The photo is far more impressive than her 23 minutes walk on the treadmill followed by a mean sitting session on an exercise ball. She hasn’t let a drop of pesky sweat ruin the foundations of her Chanel made-up face. She has avoided a workout like a fat kid in P.E who could forge his parents signature.

Despite not using half the amenities she sure is on the staff’s backs about any thing she deems to be substandard. In particular, whether they could vet memberships a bit more carefully so she isn’t exposed to the sweat coming of mothers who have enrolled their children in lesser private schools. It’s a hygiene matter.

She rounds off her workout by curling some miniscule dumbbells while checking herself out in the mirror. She is far more interested in gossiping with her mate about a common enemy’s husband being investigated for possible tax evasion.

All that pretending to exercise has made Claudia thirsty, so she orders a Acai-Goji berry smoothie that tastes like the judgmental stares at a Biggest Loser weigh-in. While sucking back her drink she shares a recipe for healthy raw brownies, “working out is only half the battle, eat clean! #cleaneating#yum”.

Christ Claudia, why don’t you take a 12 week challenge to stop being such a fraudulent fitness-flog.