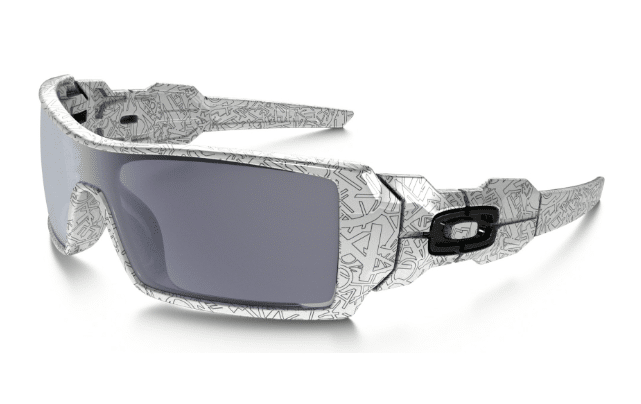 What are you looking at? Well, you’re looking at a man. A man who just hooked up a job on the mines. A man who is waiting on the results of a urine test but has well & truly passed the make-you-piss-test with flying colours.

Think he won’t? Well consider yourself a 1999 Discman ‘cos he’ll make you skip. In fact, you’ll be playing hopscotch while he slides those bad boys to the back of his neck – the universal sign that he’s ready to rumble.

It is customary to wear white Oakley’s so everyone knows where you stand on immigration policy. It will also alert other road users that you are physically unable to stop tail-gating them in your dual cab. It’s like a medical exemption or something, just get out of the way and a tire iron won’t have to get involved.

We know what you must be thinking, in the game of milk crate kingdoms, how did one man claim the throne? How does he have such a prominent sunglasses tan in the middle of winter?

How did the dude who sleeps on your step-mum’s couch after knocking up your sister for the 5th time this year afford $200 sunnies when he can’t pay you back the $50 you leant him last week?

Good questions, maybe he helped a Baldivis cousin set up a little grow operation, or perhaps he rammed that Hilux you reported stolen through a Rockingham deli window?

Maybe he just stolen a purebred puppy from a dog park and thought a $2k dog on the Armadale buy & sell pages wouldn’t raise suspicion?

The possibilities are endless but it’s safe to say he doesn’t give a shit what you think. When his own future doesn’t seem so bright he just switches it up and wears em on his head. The boom-town crown. Bow before him.

You get the picture.

10 Western Australian Tattoo Ideas To Separate You From The Pack