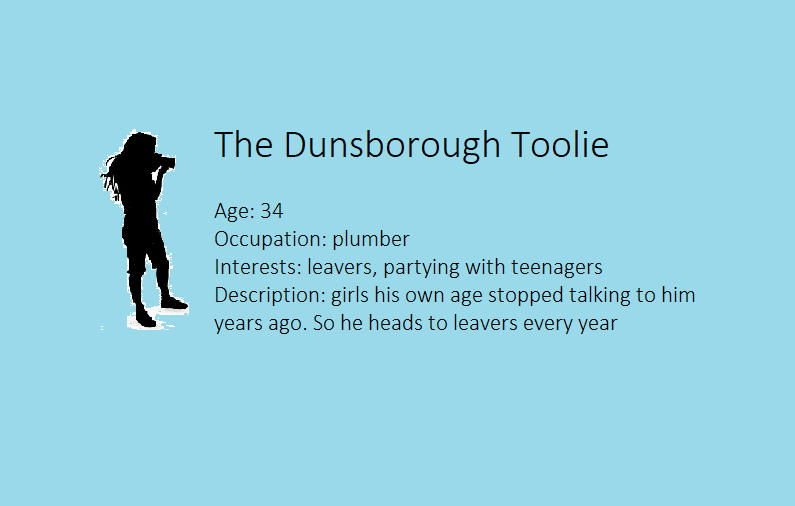 Damo graduated in 2004 and had the time of his life on his Leavers break down in Dunsborough so to remind himself of when he peaked he recreates the magic of Leavers ‘04 every year.

He can basically smell the Leavers period in the air each year and is ensures his Holden is backed to the brim with Fruity Lexia cask wine, UDLs and a surfboard that can be classed as “ornamental” at best.

Damo has always believed in the Scarborough philosophy, that surfing is 90% appearance and 10% participation. If anyone doubts Damo’s surfing ability they can take it up with his Koi fish tattoo.

True to form, Damo was down in Dunsborough several days before leavers. He is staying with a couple of other bleached-hair desperados in the Dunsborough Caravan Park. They are all aged 29+ and have never missed a Leavers.

They sit around sipping on warm UDLs while they brag about the future romps they are going to be having with 18 year olds in their respective tents.

“They will be gagging for an experienced man who can hold his piss”. A bold statement, given that it has proved incorrect for the last 11 years.

Damo’s extensive history of epic-droughts can be pinpointed to one key personality trait: he is creepier than Kevin Spacey handing out Zooper Doopers at a kid’s party.

The group grow tired of each others sexual bravado and bullshit future-sex stories. They decide to go and make pests of themselves down at the Three Bears in the township.

Several groups of Leavers have come down early and are sitting around drinking and planning their holiday of a lifetime. Damo handles the situation like he was in prison: take out the strongest male in a show of unbridled alphaness.

He challenges two good looking ex-Wesley kids to a game of pool. “Sorry mate, we don’t want a copy of the Big Issue”, one of the Wesley kids says to the chorus of roaring laughter from a group of Leaver-girls.

Damo takes a breath, “you won’t be laughing when I’ve got all your women in my station wagon”. Gross Damo.

Damo doesn’t even sink one ball. However, this was all part of his master plan. “Guess i’ll be having to drop me dacks ay”. Damo does just that.

His sight and smell of his uncircumcised wanger burns a dickcheese shaped hole in the retinas of all the Leavers standing around the pool table. A couple of bouncers are quick to escort Damo out.

“That’s what a real man’s dick looks like girls!” In reality, it looks like Clive Waterhouse sitting on the Docker’s bench: dormant with an intense look of longing for even the slightest moist dip of respect.