Dekoda slips into a pair of silky floral short-shorts and clips on a white bikini top that boosts her already impressive rack of silicon perfection. She is looking pretty sick but to reach ultimate sick-bitch status she slaps on a Chicago Bulls hat: shit yeah, and just like Space Jam, she totally believes she is fly. She pops a couple of pingas that are so weak that you’d get a better buzz from shelving the scrapings from Russell O’Callaghan’s yewww pipe on a Monday morning.

The bloke giving Dekoda a lift arrives in a Hawaiian-patterned shirt, tanning shorts and a hat with a back flap. He is dry-humping the party animal look so hard that he is about to snap his banjo string and bleed peacockery all over the tacky sand of Scarborough Beach. “You ready for the Bag Raiders, babe?” Dekoda puts her arms in the air and dances a little jig, “shit yeah!” They head to Health Freak Cafe for a smoothie and selfie session before heading into the battleground.

They arrive at the beach and the party animal’s wild lust for craziness overcomes him: he runs into the sand and puts as many blow-up tubes around his body as possible. He turns to Dekoda with a moronic grin, begging for her to take a photo. Unfortunately for the party animal, an arm-sleeved bloke in a Deus ex Machina singlet walks past with more tubes around his body. Dekoda thanks the party animal for the lift, but she has found a more worthy fuck-nut to ogle at her breasts and buy her Vodka’s all day.

As the sun sets, Dekoda is front and centre on the dance floor watching some DJ rinse like an absolute weapon. She has carefully positioned herself to be photographed in her most flattering angle by the backwards cap wearing photographer. She is satisfied with the number of photos that have been taken from her, so she gets out of the sweaty pit filled with seedy moustaches and wide-brimmed hats with stickers still attached. She heads towards the silent disco for the obligatory sick-bitch wearing headphones and totes “feeling it” shot. This photo is destined to reach the great heights of her Facebook profile shot.

If a photograph steals a piece of your soul, then consider Dekoda a 7th generation ranga. She has had enough of Sets and heads to the exclusive after party at Matisse Beach Club. She slams back one too many Vodka, Lemon & Limes and turns her bathroom cubicle into a shameful vom-cano. She cries the tears of an inconsolable Insta-model: how is she going to make it out of Matisse without being snapped in one of the hundred thousand selfies being taken at any given time? The whole day will have been for nothing if she gets snapped looking totally Britney Speared… 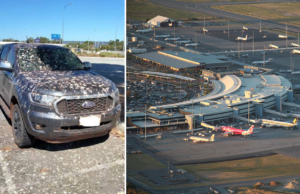