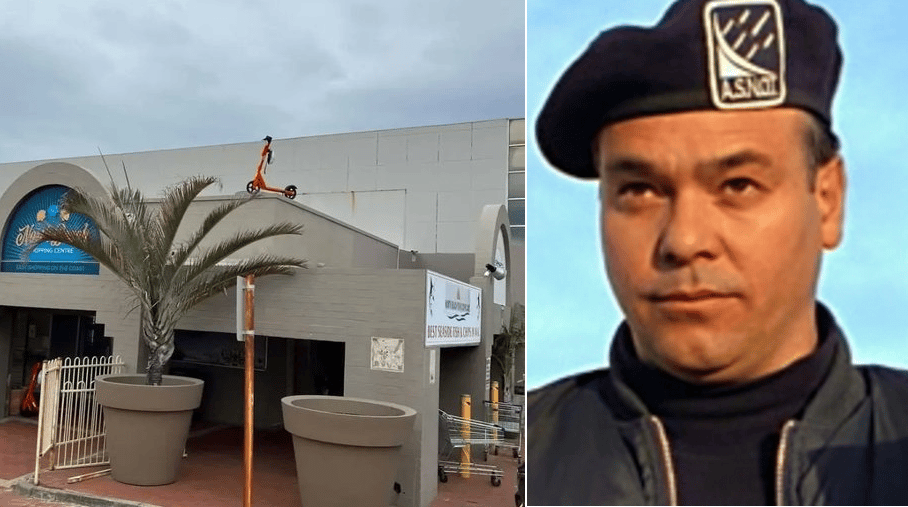 After unprecedented complaints from northern coastal hotspots, The City of Stirling has decided to introduce a man whose credentials in youth-wrangling speak for itself.

Endakis is a highly trained security guard that cut his teeth dealing with little punks on Garden Island in the 90s. Needless to say, he knows a thing or two about youths up to no good.

We spoke to a North Beach resident who was about to pop a neck vein the next time a kid zipped past him on an eScooter. He told The Times,

“It’s about time they brought in the heavy hardware. This is a man who understands the distress a grown adult feels when he sees kids enjoying themselves. Hermes will make a difference”

While the Council is already introducing curfews and speed limitations on the eScooters, there are some in the community that feel a dedicated youth-seeking-mercenary was needed to turn the table on these scofflaws.

A concerned mother and Scarborough resident met with potential candidates for the job as part of a community outreach initiative. She instantly liked Hermes. She told The Times,

“He seemed like the kind of man that wouldn’t sleep until he got his collar. That’s the kind of man we need! I especially like his anti-ranga sentiment as a kid with red hair called me a Karen after I told him I was going to report him for loitering on his eScooter!”

Not everyone in the community is convinced Endakis is the man for the job, however. One resident telling The Times,

“Wasn’t he real shit at security guarding? Like Krump always owned him. I think maybe we need a professional who doesn’t get consistently outsmarted by children?”

Endakis will have full authority to deal with eScooter youths effective immediately. Can one man clean up the streets of the affluent northern coast? Only time will tell.