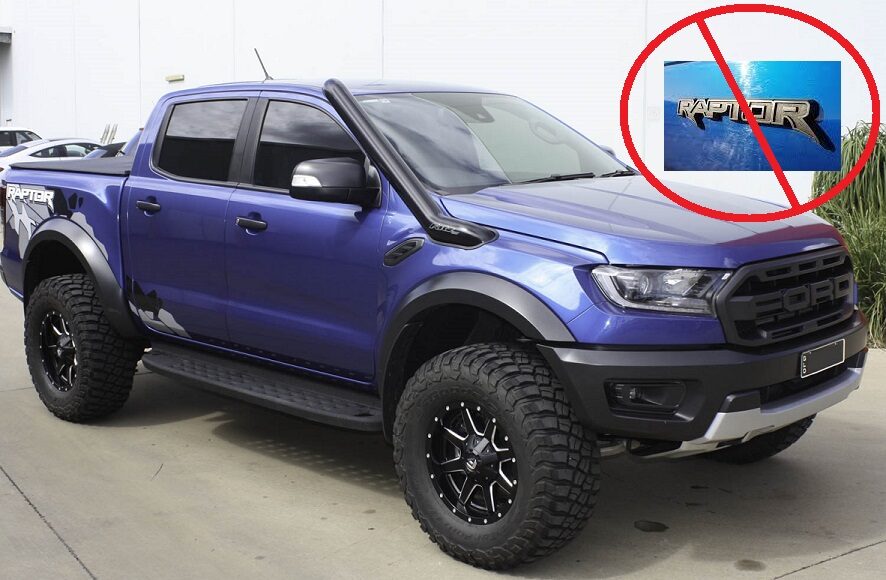 The Ford Ranger Society has made the tough call to de-badge a member for failing to uphold the values of the society after learning of the driver’s act of vehicular kindness.

A spokesperson for the Ranger Society told The Bell Tower Times,

“We expect a certain level of conduct from anyone driving a Ranger, especially a Raptor. We got the alarming report that Ken applied his brakes during peak hour on the Freeway and waved a motorist stuck in a disadvantageous lane to move across. Makes me sick to my core”

Not only did Ken let the driver move across but he also happily returned a wave from the other motorist showing their appreciation. Ken then failed to tailgate the driver or at the very least high beam them for the remainder of the journey.

We spoke to Ken who was embarrassed by his actions. He told us,

“The badge means something ya know and I shat all over it. Won’t lie I’m spewin’ they took me Raptor badge but I understand why. We swear a ken oath when we get behind the wheel of a Ranger to never show a shred of decency of the road and I accept I fell terribly short of that oath”

In an effort to keep his badge, Ken offered compensation to the Ranger Society, promising to torment an L Plater until their road confidence is zero or to call an elderly driver a farken dog for turning a corner at a pace he deemed too slow.

We understand the Ranger Society considered the request but ultimately decided that no special favours would be given for doing what he should’ve done in the first goddamn place.

Ultimately, Ken was required to hand over his badge & crysto-pisto to the Ranger Society and undertake at least 3 drive-offs at petrol stations before he considered applying for his badge back.

This is the second time a Ranger Society member has been de-badged. The spokesperson told us,

“With only two de-badgings on record, you can see that it’s rare for a driver to break our code. We had to de-badge another bloke for failing to speed up with the intent to staunch a pedestrian who thought they could just duck across the road while the driver was about 40m away and doing about 35kph”

We heard what he said but we had to call bull on that one. When pressed for more information the spokesperson told us,

“You’re not wrong, we hardly believed it either, what a disgrace. He also failed to lean out his window and tell the pedestrian she wouldn’t be so lucky next time. This isn’t what we stand for as a society”

Rules are set for a reason and the Ranger Society hopes this is a clear message to all its members to simply “keep doing what you’re doing so well”.