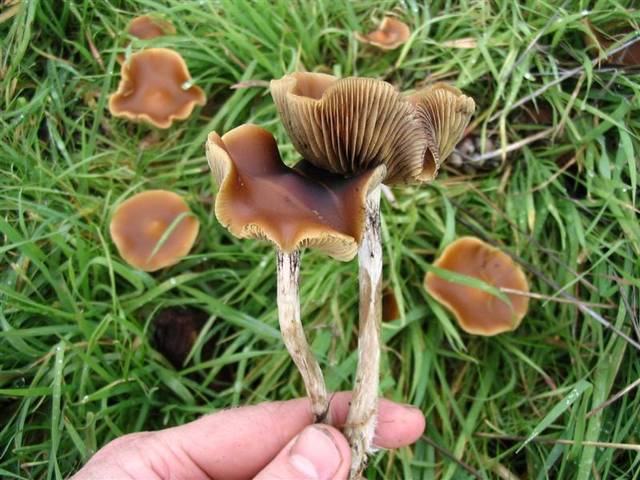 Local “celestial wizard” aka Tom thought he’d put enough innuendo in his Gumtree ad to make it fairly obvious he wasn’t catering for budding chefs. Although, he did have intentions to do some cooking.

Bev & Brian had broken free of the shackles of boring corned beef boomer cooking and fell in love with Italian & Asian cuisine.

While heading through the South West, Brian spotted an ad on Gumtree that he thought would offer them a chance to get the freshest wild fungi for their caravan cookery sessions. Oh, Brian, how wrong you were.

Alarm bells went off when tour instructor, Tom, screamed at the group to “get back to the fuuuckkking van” as a local farmer fired warning shots over their heads.

Poor Bev almost twisted her ankle as Tom encouraged her to “HURRY THE HELL UP” reassuring her that the farmer wasn’t just firing warning shots. Oh no, he’d told Tom earlier that he’d kill the dirty little prick if he saw him trespassing on his land again.

After a fairly fast drive through the winding streets, Tom pulled over and told everyone to “be quick” as police were almost surely on their way.

Bev & Brian got down into the wet, fertile woodland and picked the “blue ones” as Tom had instructed. To put the groups minds at ease he told them if they didn’t pick the right ones they could be “shidding out their livers tonight” adding they should “be careful”.

After hiding in the boot and forcing the most respectable member of the group to drive his van home, Tom told the group that the real tour was about to begin.

“I’d never thought about making mushroom tea but our tour guide Tom was very sure. He was stuffing raw ones in his mouth during the process. He didn’t even clean any of the actual crap off them, said it was good for his immune system or something”

After drinking several cups of “tea”, Bev said she felt “strange“. Moments later she was plunged into an anxiety attack as various colours in the room descended upon her. She also noticed that her husband of 40 years pulsated hypnotically to the tune of Fleetwood Mac playing in her mind.

Bryan wasn’t so lucky. Joining another American tourist on a mighty purge. Blowing the seals off every orifice and turning Tom’s “breakthrough room” into a rich, bodily fluid flavoured stew.

After the experience, Bev reported that she’d played Bingo with the big one in the sky. While Brian bemoaned the fact he needed to make a second trip to Rivers this year as his current garbs were “beyond repair”.

Tom was still several hours away from returning to earth so the pair didn’t bother asking for a refund. “Chalk that one up to experience”, they said.

For more: IN FOCUS: MAGIC MUSHROOMS