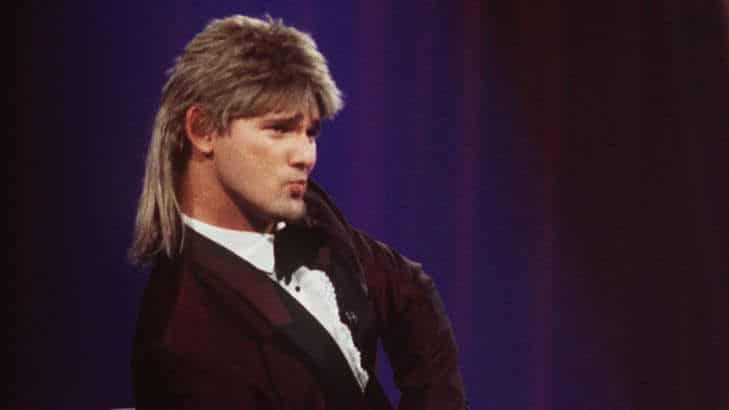 In contemporary Australian culture, a mullet has always been the perfect haircut to let your 2nd cousin know that you take a relaxed view when it comes to getting wet in the family genetic pool.

Sadly, the mullet cannot be claimed as an Aussie creation. This party at the back, business at the front style has been reported to have existed as far back as ancient Greece. From honourable warriors to white trash, the mullet has transcended race & time itself.

As far as Australia goes, the cut rose to prominence in the 80s. A period where a bogan wore his mullet long and his stubbies short. It was a favoured ‘do at motorways, front bars and emergency departments across the nation.

No two mullets are the same but there are a few notable variations on the cut that serves different purposes in the mullet ecosystem. Firstly, the braided mullet – a style popularised by the globe-trotting Bali bogan.

A braided mullet was a status symbol. It was the mullet of the cultured bogan that had a Balinese wife but was inexplicably anti-immigration in every form. It was the cut of a man that had tasted exotic delights such as Bintang, ephedrine and local Kuta police officer’s baton.

Next, the skullet. A skullet is for the bogan that wants his hair to do the talking for him. Which most of the time is saying, “what are you looking at?” Characterised by a shaved front and long back, the skullet realllllly means business at the front.

To really get an appreciation for the mullet in the wild one must only observe a mullet competition at their local pub. It’s an all you can eat Muffet and a true testament to the creativity of the style.

These days, the mullet has once again been appropriated by a new sub-culture. This time, AFL players and upper-middle-class kids trying to look like bogans. These are merely tourists in the caravan park of the Aussie subculture.

Unsurprisingly, when mullets stray from their protective bait ball, they become targets for the vicious teeth of “community standards”. Earlier this year, Trinity College had to put its foot down and ban the mullet along with rat tails and top knots.

Kids have also found themselves on the wrong end of bar’s dress codes for rocking the mullet. This seems a bit ridiculous, given the mullet is no longer a red flag for a violent patron but more so the patron is probably an under 18’s footy player who is likely to send a few dickpics after some Red Bull vodkas.

Ultimately, nature will heal and the mullet will return to its outer suburban home when a new haircut becomes fashionable amongst kids who wouldn’t know a double plugger from a Havaiana.