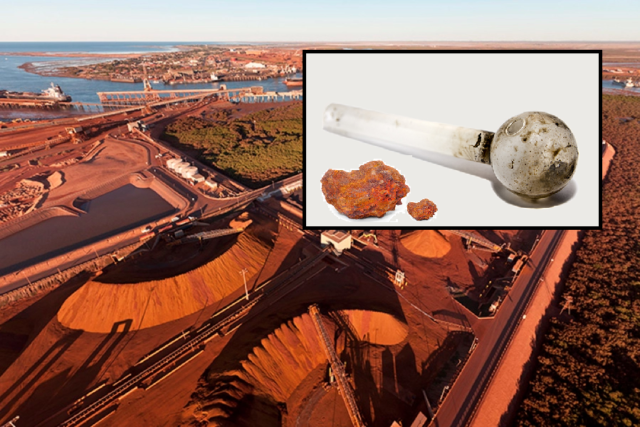 The WA Economy has requested privacy during this hard time as it finally took the first step towards cleaning up by admitting that it may be a tad dependent on China’s ferocious appetite for the ol surplus marching rock.

This shock move comes after WA recorded a $5.6B surpluss for the 2022 budget, thanks in no small part to the lucrative iron ore royalties.

Economists came out of the woodwork to assure the WA Economy that they still loved it and that they were stoked that it was doing so well. However, they expressed their concern that it may suffer some long-term withdrawal effects if the price or demand for iron ore drops.

“Twiggy thinks the WA Economy is being a massive quitter checking into rehab. He backs iron ore 100% and promises he’s got some good gas to take the edge off the WA Economy if it finds itself strung out over global price fluctuations”

Reports have surfaced that a man in chinos, R.Ms and a brand-spankin’ Akubra visited the WA Economy in rehab but was turned away after accusations he’d tried to sneak in an off-take agreement with a large Chinese conglomerate up his arris.

Twiggy’s camp has denied this was the man himself but told The Times,

“Whoever did it obviously just didn’t want the WA Economy to forget the good times. Just give it a little sniff. It has needs, you know”

A leading economist told The Times,

“We think it’s great the WA Economy is treating its dependency and part of that healing process is to find other profitable economic pursuits to keep it occupied. One day at a time”

A man holding a rugby ball and wishing to remain anonymous suggested WA branch out into iron-ore tourism. Inviting punters from all over the globe to wack on some Hi-Vis, dig some holes in the heat and contribute down at the Port Hedland dock. Adding,

“Who wouldn’t want to say they experienced a fair dinkum day in the Pilbara iron ore trade. We can even arrange a real FIFO worker to blow vape smoke in your face while they tell you that you’re a slow dog”