Welcome newly minted citizens and prospective migrants. Here in Oz, we have sun, beaches and a variety of creatures that try desperately to kill you (although we try to keep them contained to outer suburban duplexes). Here’s how to fit in:

Pretending to be a larrikin – Australians love to talk about how laid back they are. A culture of lovable rogues, larrikins and a belief that you should be able to do what you want as long as it doesn’t hurt anyone. Until you go and do something INSANE like crack a beer while walking down the road. Oh boy, then authorities are window-peering boomers will treat you like you should be on a watch list.

So, in summary, tell yourself you are all for the spirit of misadventure but then snitch people out hard in your local FB community groups. It’s the Aussie way.

Helping thy fellow man avoid traffic infringements – driving in Australia is like walking into a trench coat convention, you’re probably going to get flashed and you won’t enjoy it. Accordingly, it is customary to flash your lights to warn oncoming traffic of speed cameras. Remember to politely wave when the favour is returned to you, or you may find yourself on the wrong end of a tyre iron swing.

Also post the location of booze buses online, to allow your mates to creep the back streets in peace, after assuring you they “probably wouldn’t blow over, but why take the risk”.

Casual Racism – like a teenager sitting upon his encrusted computer throne, we don’t like you bringing up our history. Yes, Aussies don’t mind a bit of casual racism. However how you deliver your ethnic slurs is important. Let me save you the trouble, preface any witty observation you have about someone’s ethnic background by first saying “don’t mean to sound racist but…” Boom, you have now entered an all you can eat buffet of race-based assumptions.

Note, graduating from casual to full time racism is generally frowned upon unless you have an Aussie flag as your cover photo and despite your UK heritage, consider yourself a first Australian.

Giving People Shit – ever wondered what it’s like to have the kind of mate that you want to punch in the mouth most days? Well in Australia, mateship is defined by how much shit you can give each other. Does it build an undercurrent of deep simmering resentment that will eventually explode after 7 pints and a dispute about whose round it is? Yeh probably but get over it, you pot bellied flog.

In fact, if you’re not copping an absolute shellacking on the daily, it probably means no one likes you. Confused? Don’t over think it, and in the words of the zingerlord himself, What The!

The Right to a Sausage Sizzle – the one cuisine that unites the fish finger munching mongos and unbearable foodie wankers, is the humble sausage sizzle. White bread, a snag, onions and some sauce. Got it? We don’t ask for much, but to have a snag waiting for us when we go to Bunnings on a weekend, endure our children’s sporting matches and of course exercise our democratic right to vote.

Oh, and don’t get too excited to pick up the tongs. Do you even know how to splash beer on the BBQ? No, then calm down, because ruining a BBQ will get you sent back quicker than a mail order Thai bride who failed to mention she was bringing a different kind of sausage to the table.

Alcohol Mitigation – Australia’s favourite excuse for shithouse carry-on is that the person had a few too many. We love a drink and sometimes we’ll glass one another, plough into our neighbour’s fences or impregnate our mate’s wife in the back seat of a dual cab Hi-Lux.

So help us paint the town spew, and remember to blame the beers for any little hiccups along the way. Could you just be a dog? Probably, but in Australia we leave the reflection upon our own personality flaws to the Magistrate buddy. So drink up, pal.

Yes, Darling: Hosting the In laws

A Guide to Australia Day

A Guide to Festival Season

A Guide to Becoming a Cyclist

Tips on Having a Great Day at the Races 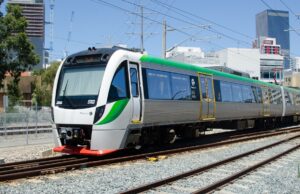