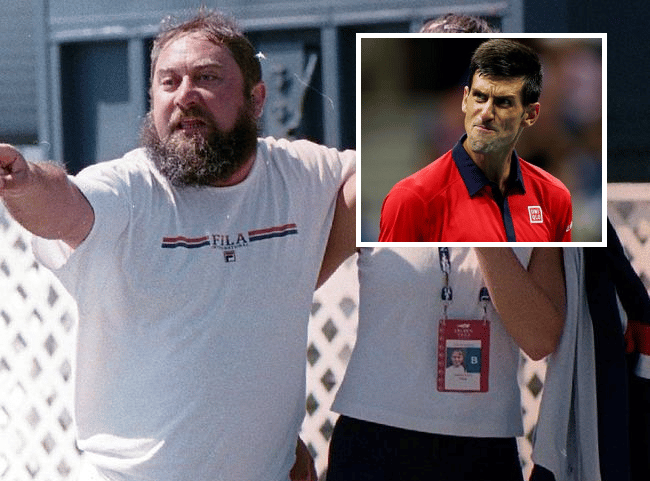 Needless to say, the news that Novak will have his Visa cancelled and deported from Australia this afternoon has sent rage-ripples across the Serbian tennis dad community.

To some, Novak is just an entitled tennis brat who got pegged by Aussie administrative process. To others, namely, Serbian tennis dads, he’s more of a Christ-like figure.

Analysts are expecting a 90% increase in sideline anger from Serbian tennis dads which represents on average a 240% higher level of anger than less intense Aussie tennis mums.

Old mate Budimir is one such Serbian dad that has a colourful history of going absolutely apeshit on the sidelines of his son’s junior tennis matches. Needless to say, he’s upset. Speaking to The Bell Tower Times, Budimir said,

“Novak is good boy, this Scott Morrison is Šupak! You know where he live??? I go now. Why would he deprive world of best tennis? Seljak, I spit on him”

It can’t be questioned that Budimir is in a spicy mood. Local tennis coach Brendan told us,

“Yeah, I’m a little bit concerned. There’s this Eastern bloc maniac, Miroslac, that comes down on Thursdays, he blames me for his son’s backhand. Says it dishonours his family thus I dishonour his family. I get pretty uncomfortable with the way he waits in the car park afterward until I leave”

We tracked down Miroslav that arrived at his son’s 5th tennis lesson for the week an hour early. He told ya,

“All Australians owe this debt to Serbia, this tennis coach he curse my son with a shit backhand and now Nole is deported. His mother is a kurva. I look forward to when we next meet”

Aussie tennis coaches are being urged to show some diplomacy and try to avoid inflaming any Serbian tennis dads this week. Although, experts are saying this may not be possible.

An expert in Anglo/Serbian relations told us,

“Yeah look, a bad deal on mince meat gets them pissed off, let alone the perceived disrespect of the chosen one. What chance do you think you’ll have?”