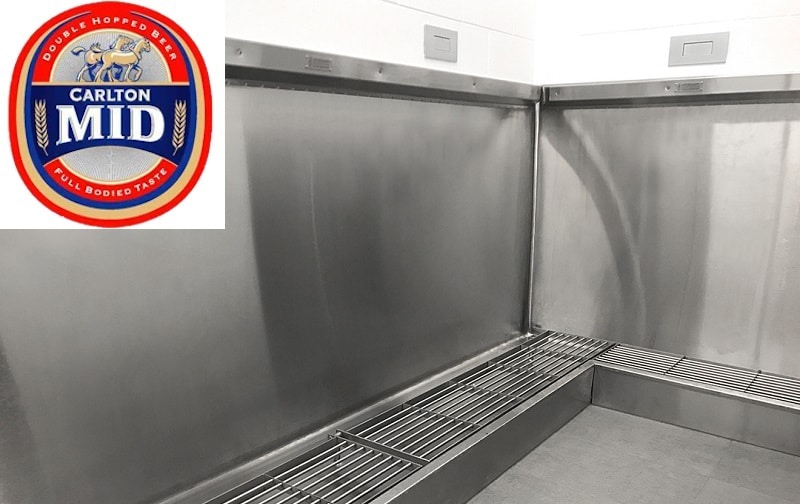 Gage Roads won’t be supplying the 2021 Grand Final with beer after being shafted by the cruel strap-on of competing contractual relationships.

Although it’s arguable it’s the WA public that is getting pegged the hardest with the news Carlton Mid & Great Northern will dominate the taps on the 25th of September.

Perth Stadium has already contacted some of WA’s leading plumbers to connect their many beer taps directly to the urinal troughs to ensure everyone can enjoy CUB products on the day.

“Luckily with a coupla finals being played at Perth Stadium, we will have no shortage of low alcoholic human piss to run through the lines. It’s important that people get the taste they are paying for so we’re hoping the dehydrated lightly carbonated bodily swill from fans will hit the mark on the day”

Not all are cut up about the decision to switch Gage Roads lines to CUB lines. Thommo was born in Queensland but moved over to work on the mines, he couldn’t be happier,

“I drink 20 bottles of Great Norf’en every single day, I can’t get enough. Good they got some real beer to drink at the stadium, not that flowery, craft crap. Dad would disown me if he saw that”

It is indeed men like Thommo that Perth Stadium is banking on going to the finals as by this point there is no discernable difference between a bottle of Great Northern and his bodily fluids.

One Thommo is thought to contribute at least 1 keg of CUB beer to the stadium per game. It’s an amazing cost-cutting strategy and one that should keep the Cartlon connoisseurs satisfied.

Others in the community feel WA had missed an excellent opportunity to market Swan & Emu to the rest of the country.

Others simply couldn’t care less. Frank, a brickie from Balcatta told us,

“Gage, Carlton, I don’t give a fark, I’m filling up my camel pack with Swan like I do every game and getting smashed that way. You think I’d ever drink mid-strength?”

Eagles fans are understandably concerned with the change of Chardonnay. However, most hope to be in the elite corporate boxes away from the unwashed masses. Enjoying the finer drops to be had – the way, they feel, nature intended it.