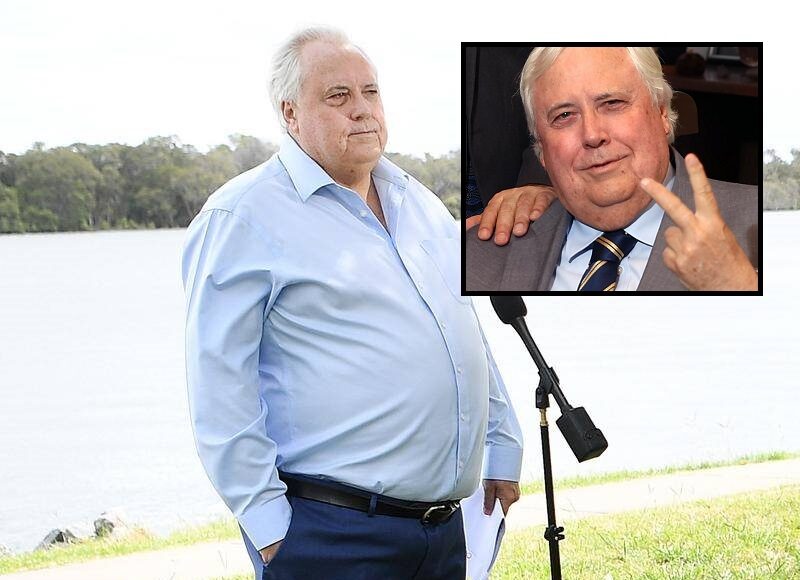 In an Australian first, Clive Palmer has sensationally instructed his solicitors to file an action against himself for damaging his reputation.

A spokesperson for Clive told The Bell Tower Times,

“Clive can’t shake that feeling that perhaps if it wasn’t for his personal comments, actions and campaign strategies, the Australian public might think higher of him”

Clive will allege that over a sustained period, he has caused damage to his reputation by carrying on like a goose in the silly swamp of the public eye.

A leading legal expert says the move is highly unorthodox but given the circumstances, he believes the Supreme Court will allow it. He told us,

If there’s anyone that needs to badly stop themselves from making them look like a total arsehole it’s the big feller. I think one must remember that the Court system is about justice and we can all agree Clive sorely needs a bit of that.

His action contains various instances where he has made himself look like a giant tool – including frivolous lawsuits against WA, buying enough Ivermectin to start a stud ranch and of course taking out massive anti-vaxx ads in the State’s rag.

Lawyers for Palmer said that Clive was even considering getting an injunction against himself to stop him from buying ad space for pseudo-scientific bullshit. At least until the election.

“He’s pretty powerless to stop embarrassing himself but things like the anti-vaxx ads just make him look like a top-tier dick head. That and his weird mate Craig”

We understand Clive wants a court order that forces him to reimburse himself against all the other court orders he’s had made against him in the course of acting like a grotesque baby.