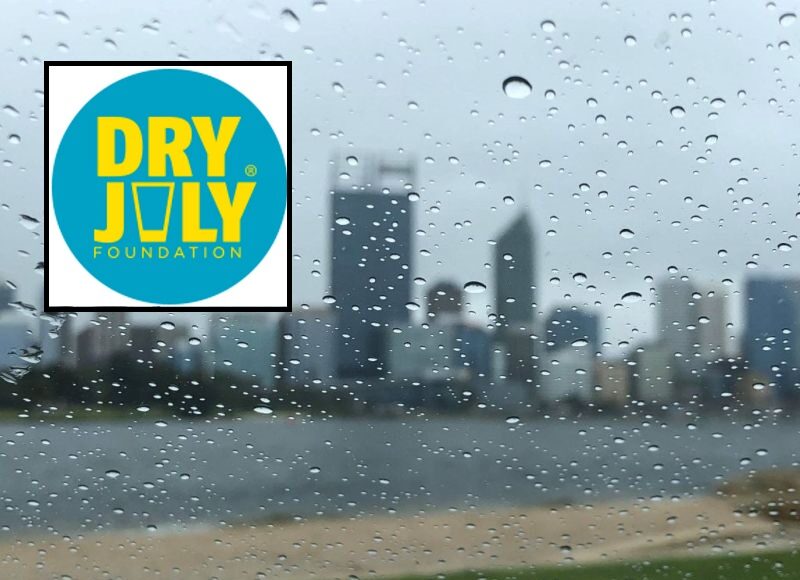 Perth Winter has disappointed many donors who chipped in some coin to support its pledge to remain dry for the remainder of July.

Its pledge was looking shaky on Wednesday when it was unable to resist a little midweek session and activated its “golden ticket” to have a day off the drought.

A spokesperson for Perth Winter told The Times,

“Perth Winter just needed a little taste and under the golden ticket rule that’s allowed. Anyway, it was only a measly 6mm, practically nothing!”

After Wednesday, donors came streaming in. Believing that Perth Winter had got it out of its system was going to finish the challenge in grand form.

Sadly, the allure of the weekend was too much for Perth Winter and in a moment of weakness decided to drown its sorrows.

We spoke to Christian who donated a lot of emotional energy to July staying dry so he could get smashed in a beer garden all weekend. He told The Times,

“You think you can trust someone and then they go and do this to me. Was froffing the weather all week when I was stuck at work and then Saturday rolled around and Perth Winter decided to throw in the towel!”

Christian cursed the skies as he demanded Perth Winter return the hope he had invested in it. Perth Winter however says all donations are non-refundable.

The spokesperson for Perth Winter told The Times,

“Anyone who thinks they can trust a Perth Winter is just kidding themselves. Its forte is mostly delightful weather until you need it to be nice and then it’ll piss all over you. More fool you to be honest”