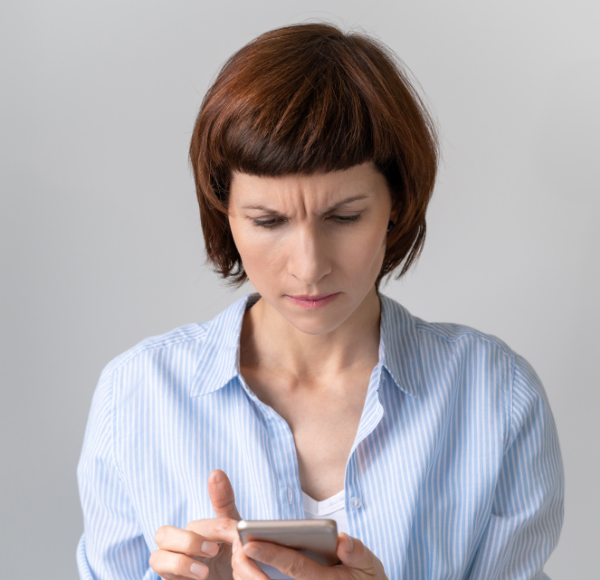 A storm is brewing at an affluent private school after a teacher had the audacity to tell Simone’s precious child that she wasn’t permitted to use her mobile phone during classes.

Simone received a blow-by-blow account of the interaction as per her instructions to her child; right up to the point where the teacher made the mistake of their lifetime and physically removed the phone from the child’s hands.

“I need to know exactly what’s going on in my special little princess’s day! Apparently, the teachers consider my thrice daily update requests via email to be burdensome, so what do they expect! It’s called taking an interest in my child’s education!”

The last message Simone received from her child was “teaching walking over asking for phone”. This spurred Simone to clear her busy schedule of walking around holding a yoga mat and storm down to the school.

Parking wherever the hell she pleased, Simone made a beeline towards the Principal’s office. A road she has travelled many, many times before. School admin staff were heard to be whispering, “not this psycho, again” but were unable to stop the raging she-bull that had seen red.

Simone was unable to find the head honcho so pulled the most senior member of staff she could locate aside and gave them a spray that would make Peter North feel inadequate.

We spoke to a school administrator who witnessed the verbal 10 punch combo,

“She went hard. Firstly demanding the man answer how much her family donates to this shitty little school every year. She asked about 5 times before demanding her daughter’s phone back. It was intense”

The senior staff member happened to be the Vice Principal who still bore the scars from the last time she got too close to Simone’s helicopter parenting blades. She told us,

“Lord give me strength. Last week this woman stormed into my office after I apparently ignored her 4 phone calls & 7 emails in the hours prior. She was demanding to know why we hadn’t arranged a private tutor for her daughter so that she wouldn’t have scored 45% on a maths test. It was unhinged”

Simone was undefiant telling us,

“The school’s stupid little rules are all well and fine for some of the stupider, less extraordinary children but my little sweetie is destined for big things and I need to know what’s going on. Especially given some of these teachers were educated publicly”

By all accounts, Simone is still hovering over the school’s staff and is prepared to launch a Scud missile of administrative complaint if her child isn’t afforded the privileges she’s been brought up to expect.