Gastro hates them! Because HR Managers have found a way to ruin a day off for employees without turning their arses into violently erupting shitcanos – corporate team building days.

In fact, any sane person would gladly cop actual work over the horrors of a day that aims to “recalibrate workplace synergy” by inexplicably turning up the heat on the simmering pot of animosity in every employee’s heart.

Yes, the very same people that you try to minimise interaction with will be so far in your shit they’ll know when you last enjoyed a cob of corn. What could go wrong?

To set the tone for the day, employees will be reminded that partaking in the mandated “fun & games” will be mandatory under penalty of disciplinary action. Think you skip out on all the festivities? You stupid pleb. You will dance for your corporate psychopath overlords and you will like it like the work-monkey you are.

To further add to the zany nature of the day, employees will be allowed to rock casuals. Anyone not versed in freedom of expression in the corporate environment should remember casual days are the biggest trap of them all.

Should you truly express yourself and offend the standards of acceptable expression policy then you can go and express yourself down in the Centrelink line, friendo. In this context, “casual” means the version of yourself that your employer has slowly eroded you down to overtime. Don’t get too sad about it, you were dead inside way before this team building day.

Once you have accepted resistance is futile you will be met with the people running the day. Typically, they carry on with more enthusiasm than a Boost Juice employee after shelving three caps of pure sunshine.

This is in stark contrast to your cohort, who are trying to mind-will the instructor into forgetting they exist and not making them talk in front of the whole group. Alas, no one leaves this day unscathed.

There is a beautiful irony in being made to “break the ice” with people you have known so long that you’ve melted polar caps together. In fact, most of your workday is spent praying that Todd doesn’t come over and tell you about his plans to cycle around Australia to raise money for kids on Keto.

After finding out that Terry likes the colour blue and Susan wanted to be an astronaut when she was 12 you will be treated to the main course of this bonding banquet – the public humiliation element.

This can come in many forms. Classics include scavenger hunts in the city or if you were Fritzl in a past life that karma may see it that you have to star in a workplace promo video. Yep, singing & dancing. A cringe-landmine that will no doubt surface one day and blow your embarrassment levels to shit.

If your workplace isn’t that adventurous you may just have to cop a big load of half baked psycho-analysis. “Insightful” personality tests that aim to wrap you up in a neat little “manageable” box while forcing you to dwell on your crippling insecurities. Bless.

At some stage, you will even get to praise your glorious leader when the CEO pops in for a 5-minute cameo to talk about how much he values you. Provided he doesn’t need to quantify that with a monetary figure. After all, you’re lucky to EVEN have a job that hasn’t seen an increase in salary for 5 years.

Don’t frown though. Everyone gets to go home with a prize on the day! Typically, a corporate branded stress ball or laminated certificate to remind you of the daily chicken dance you have to do for your employer. Put that one up on the fridge, you’d think.

For more in the architect of this hellscape: Mrs HR Manager 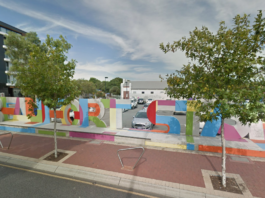