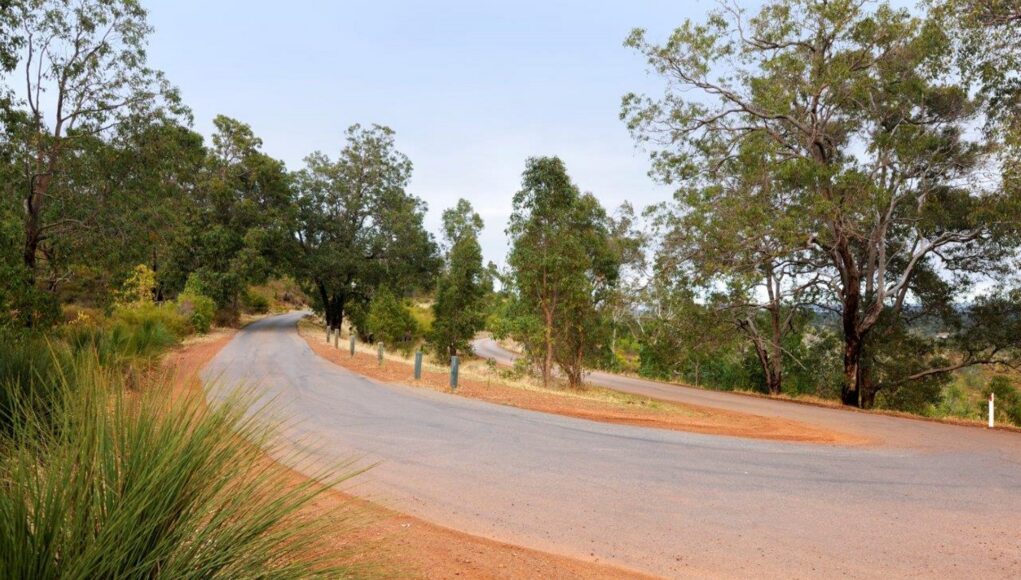 When one thinks of the Perth hills, one thinks of stunning vistas, endless bushland, homemade billies, vehicular recklessness and teen pregnancy. No location quite ticks every one of these boxes in the hills like the Zig Zag.

So much so, the Council had to close the drive for 6 months. What a testament to hill dwelling behaviour. However that’s all set to change. It’s back baby, at least between 11am – 8:30pm.

If you’re not up there to spot a rare bird you are probably up there to act like you own shares in Bob Jane T-Mart. Parts of the road look like Peter Brock himself reverse kanga’d the bitumen and the council was forced to put in chicanes to deter the hoons.

Unfortunately, chicanes exacerbated the hoons king of the mountain delusions and only added fuel to the infringement fire. This was one of the best spots to witness cyclist on driver rage as both entered the gauntlet of obnoxious road use. Just look at those wide bends and downward slope. Begging for it.

If you weren’t smoking tyres you were certainly inhaling something. As per the locals, you would be expected to pull on a homemade bong, twirl a lightbulb or balloon feed your lungs enough laughing gas to make a M*A*S*H box set funny. Ain’t no party like a Zig Zag car park party.

Such nightly events were always paired with the best dog shit Aussie hip hop that a couple of 10-year-old Kenwood two way speakers could blast out of a rubbish-filled Falcon. DJ Hill Dweller.

Speaking of rubbish, the car parks and sides of the road were ideal for dumping your shit out onto so you could arrive home in a state of slightly less squalor.

Of course, some car squalor is preferred as it prepares your 18-year-old date for the fact that while you don’t own bedsheets you do own a piss bucket next to your mattress.

Time will tell if the City of Kalamunda opens up the Zig Zag again to cars again. However, bear in mind, if we can’t successfully contain the hill dweller at such a quarantined zone, how can we be sure that they will enter main society and we’ll have a community transmission of hills-genetics on our hands.

5 ways to establish your Western Australian dominance while travelling over...