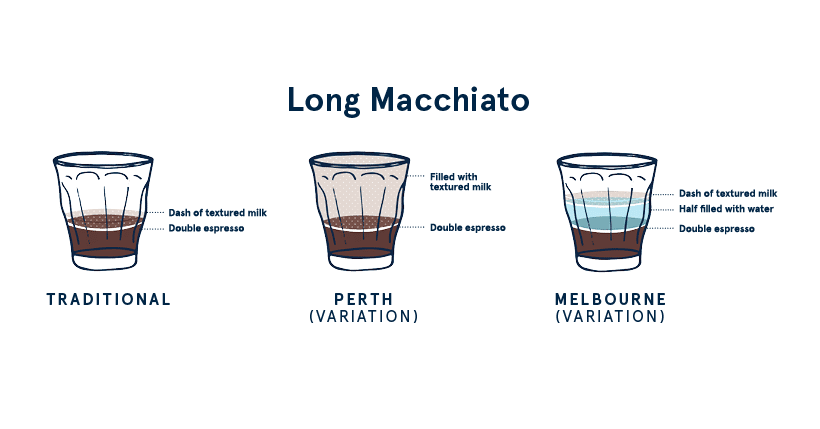 One of the great Western Australian pastimes is aggressively rejecting outside culture in favour of doing things our way. Naturally, coffee is no exception.

To be fair, for a state that loved ordering half a litre of coffee from a drive-through and drinking it with a straw, we’ve come a long way.

Not all will agree, after all, how could you ever meet the expectations of a person who became a coffee connoisseur after drinking a few cups of turd-accelerant during a 2 day stay in Venice.

Which brings us to WA’s own Frankenbean’s Monster – the long mac topped up. An order you’re likely to hear loudly slurred by our state’s finest citizens. It’s a two-shot of espresso topped up to the brim with milk.

Exact origins of the drink are murky but there are a few theories as to why it has become popular. Firstly, one must look no further than the boom. During this period, the price of coffee soared to offensive levels.

Paying $6.50 for a coffee was about as fun as a tax audit and one way of cushioning the blow was at least to force them to make your coffee as big as possible. Sure, your coffee was now mostly milk but that’s milk those thieving dogs no longer have. So you win.

Furthermore, given the exorbitant price of a large coffee, it was really the domain of our boom-illionaires. Hi-Vis princes couldn’t be expected to order something as fruity as a “latte”.

What’s next, wearing a scarf? Drinking white wine at a pub? Cleaning the red dirt out of their fingernails before boarding a flight? Not on their fark’n watch. They just wanted their big fark-off cup of man coffee.

Another theory is that after years of iced coffee abuse, our nuanced palates just craved excessive quantities of milk when we drank coffee.

In fact, a long mac topped up has the same delicious feel as a half warm Dare that has been sitting in your centre console since smoko. Yum

As a final thought, remember that if Melbourne basks in the glory of their “flat white” then Perf should too. Is it the worst thing to happen to Italy since Mussolini? Maybe but is it ours? Yes.