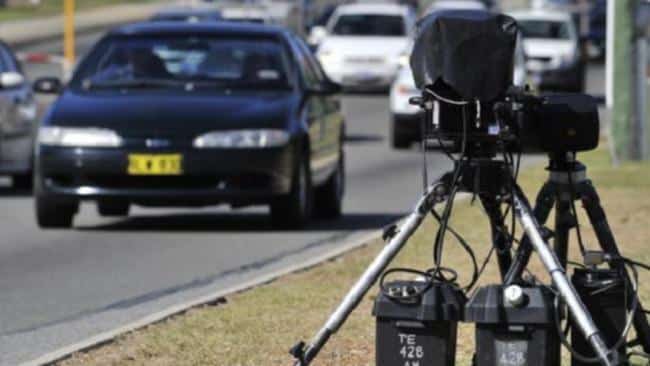 The speed camera that sits on Mounts Bay Road, affectionately dubbed “Trust Fund” by the State Government, has been  awarded the Public Servant of the Year Award, for it’s outstanding contribution to the Government.

While being completely stationery, the camera that sits on Perth’s champagne roadway is still looks like a meth’d up blowfly around an outback dunny compared to the average public servant.

A Government spokesperson told the Bell Tower Times that the speed camera was an obvious choice for the award as:

“Old Trust Fund is everything that you want in a public servant: The ability to sit on its arse all day, earn the Government loads of cash and most importantly, achieve absolutely nothing. We all look up to that speed camera”.

The speed camera netted an unbelievable $2.5 Million in revenue last year, which equates roughly to 10,000 speeding fines. Despite the camera’s tireless work, there appears to be no reduction in speeding in the stretch of Mounts Bay Road that it occupies (Perth – Nedlands).

Mark McGowan will present “Trust Fund” with a medallion and a tax-payer funded night of wining and dining, where the State’s politicians will get an opportunity to personally thank “Trust Fund” for the extra revenue needed to pay for their drivers, flights and dinners.

The Bell Tower Times attempted to uncover how many road deaths per year were a result of unsafe road conditions. We were unable to locate this statistic. Sadly, we were able to find statistics on total revenue raised through traffic violations in Western Australia: $hitloads mate.

What says more about the integrity of a Government, the statistics provided to the public or the information withheld? You be the judge.

As for us, we congratulate “Trust Fund”, at least it never sniffed a chair.