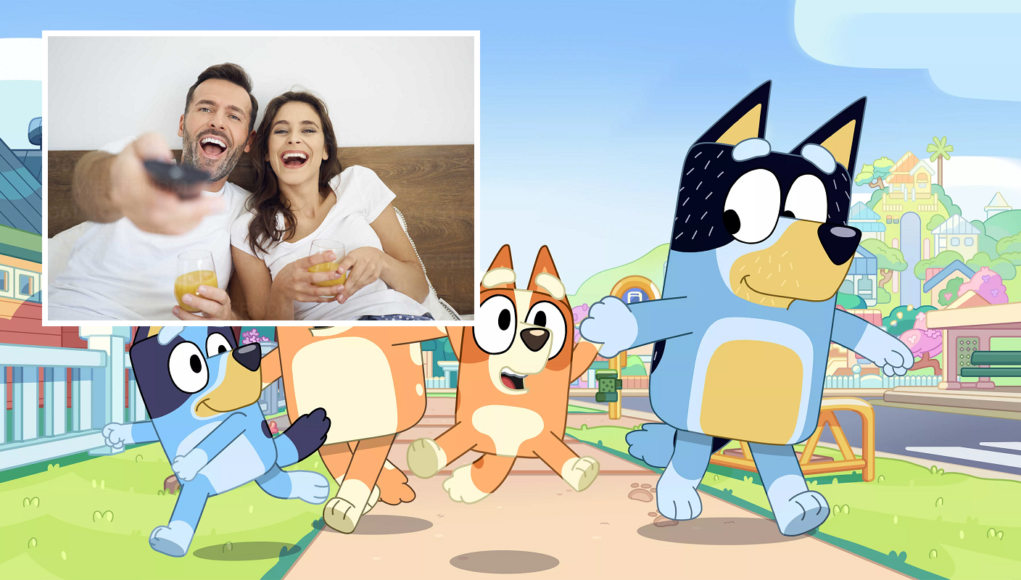 A couple of young parents have begun to wonder who enjoys Bluey more, them or their child? This quandary comes after they have found themselves opting to watch episodes of Blue even after their kid has gone to sleep.

“At first I thought it was just a great way to help teach my child some life lessons but then I got sucked up in the storylines, the rich character development, and the pacing. I needed it more than my kid did”

More alarmingly, father & hubby Ben even got his fix on his mobile phone while taking an elongated break in the toilet at work.

Part of him just needed a little space from the mouth breathing simpletons he works with but another part of him wanted that pure Bluey, right to his eyeballs. He told The Times,

“We’ve signed up to all the streaming sites and honestly, it’s nothing but shit. Never-ending shit. At least I know where I stand with an episode of Bluey I’ve seen 5 times. It makes me feel like a capable parent”

Indeed, their love for Bluey is so strong that they have even been witnessed to overrule their child’s request to watch something different on occasion. Amy explained,

“My own flesh & blood suggested we put on Cocomelon. Honestly, I just broke down. Where have I gone wrong as a mother? We put on a rerun of Bluey and told the boy it was for his own good. My precious angel, betraying me so”

“I just about told that little pants-crapper to get a job and start paying rent. I’d had a rough day at work and I just wanted to sip on some juice and watch my favourite episode of Bluey. Or is that a crime now?”

Ben & Amy’s youngest now has an agreement with his folks that he’ll let them watch at least 3 episodes of Bluey before throwing one of his trademark tanties.