There were more gaps in Mia’s education than a British toddler’s smile. Lectures were abandoned for vague promises to review the material later, and tutorials were spent keeping her head down like a narcoleptic sex worker.

Exams were closing in and the full extent of Mia’s tertiary neglect was becoming apparent. Basically, like the 2001 smash dance hit by Fragma, Mia needed a miracle – or more specifically, dexies and Modafinil.

Alas, during exam time, functional stimulants are harder to find than a public figure with a firm grasp of the sexual harassment policies. Not to worry, Mia does it the old fashioned way and mines the valuable substance from natural deposits found around glass outdoor settings at 3 am in the morning.

Her attempts to study are thwarted by overindulging in her bag of goodies, and before long she’s charging like an undercover festival cop that was painfully shy of this months quota.

She enjoys an intense 40 minutes of study before turning her mind to more enjoyable shit, like uploading photos of her study space with witty captions about how doomed she was. After all, if arranging your highlighters neatly counted as study she’d be high on distinctions as well.

Like a 1%’er in a police station, she didn’t know shit and studying sure wasn’t helping. Perhaps if she just had a boss set of notes to take into the exam? She could scrape together a pass mark surely?

While this plan had merit, she underestimated how competitive the uni market had become. Uni graduat-lings were the dispensable trench soldiers waiting to leap into the fray of the real world and have their dreams mowed down by a boomer with an automatic reality rifle.

In short, none of the high achievers would give up their notes, so she was stuck with the Pad Thai stained scribblings of a student marginally less shit than herself. They would have to do, this is as ready as Mia was ever going to be.

Before each exam, she made sure she had plenty of time to prepare her make-up and outfit. If she was going to fail, she may as well look fabulous while doing so. All that was left to do was swagger into the exam hall put the finishing flushes on her wasted education.

Once again, overindulging in her smart-drugs, has her sweating like a bus driver in February and she panics when she notices the exam questions aren’t the same as the practice exam! Christ, Dean of Commerce, this is a truly diabolical twist.

She hands in her final exam which is dripping with more ignorance than an Anti-Vaxxer’s blog. Mission accomplished, it’s time for the post-exam pint with her squad, followed by a post about how no other human in history has ever survived such a traumatic 2 weeks. 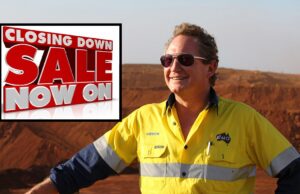