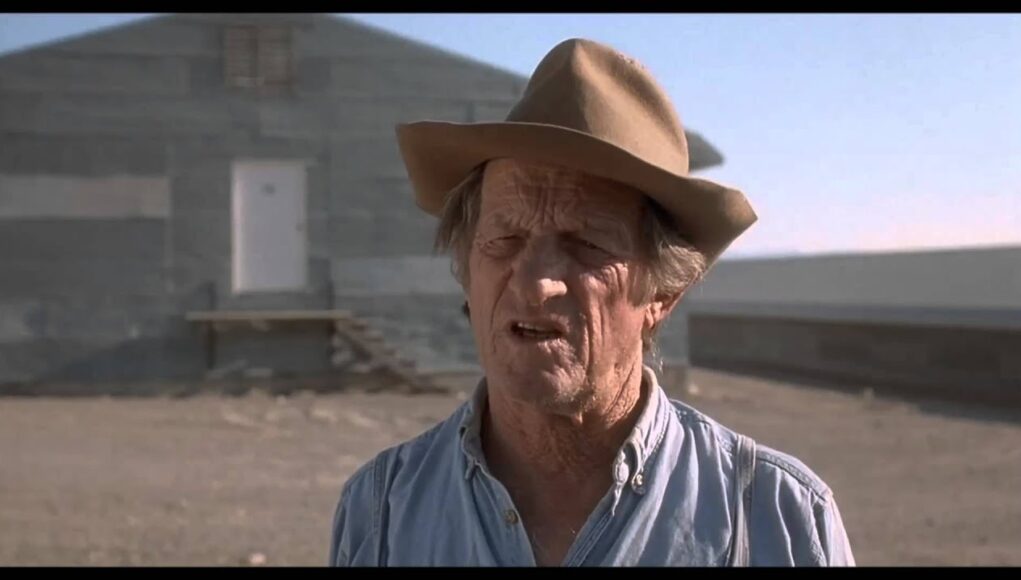 “What the hell is COVID-19?” Responded Bert as he was told it was a requirement of COVID-19 restrictions to wear a mask while entering City Farmers to get 4 years worth of organic chicken feed.

Staff thought they were dealing with a trouble maker but as it turns out, ol’ Bert was just blissfully unaware of the worldwide pandemic due to living in Mundaring.

Ol’ Bert left the fast paced world of suburban Perth for the vast expanse of Mundaring in 1992.

Since that time he has only ventured out of the abyss about 7 times. Mostly to the State Administrative Tribunal to get a ruling on a blood bylaw dispute with fellow neighbours.

Despite being included in the Perth metro area, it is estimated that Mundaring is currently experiencing 2017 and thankfully due to the stubbornness of residents to join the rest of society, such a time-shock has never come up.

A civilian took Bert aside to try and explain the biggest news that the world has ever dealt with.

However, Bert kept interrupting to explain his system of self sustaining agriculture and that if COVID-19 was real, he would’ve heard about it when he got taken to court for shooting his neighbour’s dog in January 2020.

Little did Bert know, that he just missed the global pandemic by a few months and returned with a community based order for the shooting.

Which he continued to justify to the City Farmer’s staff because “that prick moved the boundary fence 20cm to his favour, in 1998”.

Locals are tight lipped but the suggestion that the boundary fence was moved because Bert “boofed” a goat that wasn’t his.

In any regard, is the theft of a man’s land justified because he had his way with your sidepiece? Jury remains out on that.

Bert appeared shocked that he’d manage to remain oblivious to the literal coming of the virus age while only living 34km out from Perth.

Pleading with onlookers, “those bastards from Telstra still haven’t fixed me reception”. A 30 year stand-off with Telstra is something that we can all relate to.

NBN is expected to reach the secluded Hills burb around 2025, until then, residents rely on pigeon carrying which has been on stand by after Bert’s neighbour began hunting the birds in retaliation for his dog.

Bert maintains he has “no idea” what the cantankerous hobby farmer is talking about. Claiming any “collateral damage” was justified under the bylaws which he holds dearer to his heart than any other law made by man.