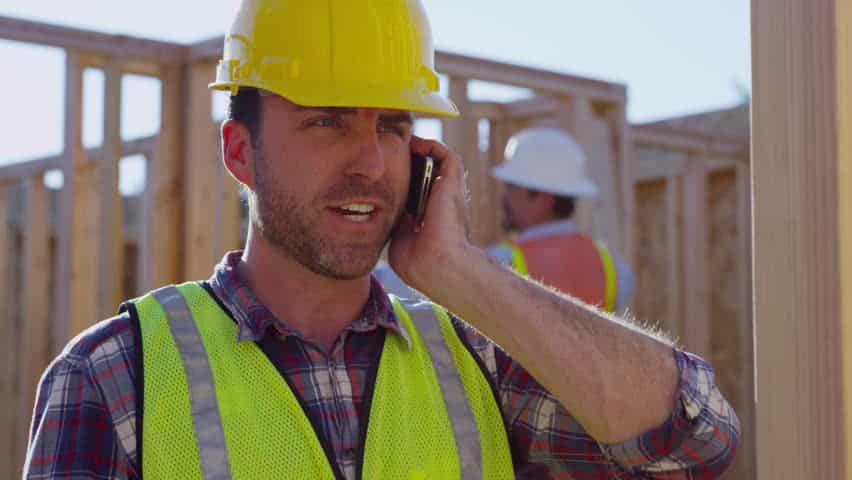 A Perth tradie has locked in a job to do some repairs on a backyard pergola tomorrow, advising the customers that he’ll be anywhere from 7:30 am and sometime in June, “so make sure you’re home within that window, or you’ll lose your deposit”.

Homeowner, Jack, was relieved to get a tradie that would actually commit to a time. He told The Bell Tower Times,

“I’m pretty stoked that I was able to get someone to come in tomorrow, even if he might be 5000 hours late. I have a party on Saturday you see. Yeah, it’s a little inconvenient to take until June off work but hey, it’s not like I’ll get someone in any sooner”

Jim told The Times that committing to a time frame was important to build a rapport with a potentially loyal customer. He told us,

A former client of Jim, who’d booked him in for a little help with a fence told us,

“Can’t fault the service. He didn’t answer any of my calls or nothing but he rolled around after a heavy session at the pub a few months later and told me my $200 cashie job meant nothing to him”

The client strangely seemed to be retelling the story with a sense of relief and joy. He continued,

“He booted my fence in more and told me that he doesn’t get out of bed for less than $2k. I was chuffed he got there so soon, that was in the middle of the time window he’d given”

WA is finding itself in a bit of a trades shortage. Meaning, work is being thrown at tradesmen like cougar undies at Chris Isaak’s concert.

Jim was kind enough to offer the following tips for anyone trying to engage a tradie for a small job or quote,

“Doesn’t matter how many times you ring my phone mate, I’m not gonna give a shit. Just shut up and I’ll get to you when I feel like it. I’m a VIP in this city, it’s like another boom”

We asked if he had any other tips,

“Well, If that doesn’t work for ya, learn a plumbing trade and fix your own damn running toilet. You’ll probably get that done before I get around to ya. What a nothing job, don’t waste my time”