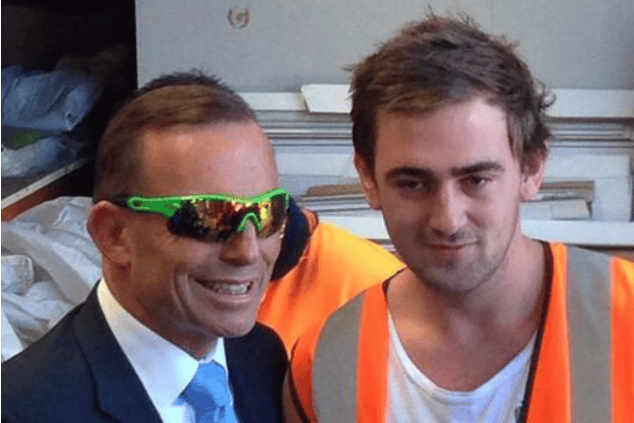 You’ll know you’re ready for the speed dealer life as soon as your red eyes make contact with the perfect pair in the servo sunnies rack. To acquire them, simply take them from the rack while maintaining an intense, death stare with the attendant.

If you’ve pulled this manoeuvre off right you wont even need to verbally threaten the lad. Your eyes alone will let him know that if he calls the cops over the sunnies or fuel you’re not paying for you’ll be coming back for him.

Will you necessarily sell a bit of gear as their name suggests? Maybe. Maybe not. However, you’ll certainly inform society that you are no stranger to blowing a melody on the glass recorder.

Once united, a powerful bond is created between the owner and his sunnies. While they have low monetary value they have an absurdly high sentimental valuation. So much so, that you’ll pretty much never take them off.

Which will come to a head when you’re before a Magistrate over drive-offs or alternatively smashing a multi-nova with your bare hands after getting flashed on South Street. It’s not your fault that the sunnies imbue you with +40% sickcarnt skills behind the wheel of your black Commy.

The pompous lawman will be demanding you remove the sunnies from the top of your bald head while you are in their courtroom. Which of course, you won’t do because whatever the Magistrate has to say to you he can say in front of the speed dealers. You’re a package deal.

You’ll maintain that if the “system” can’t deal with you at your most criminally culpable then it sure as hell doesn’t deserve you at your sickest. A lesson any cameraman waiting outside the courts will learn first hand as you tear through the media pack like 1 ply toilet paper in the depths of Bali belly hell.

To celebrate staunching a magistrate, the only logical place for you and your speed dealers to go is the smoking area of your favourite suburban pub. Everyone knows not to look or talk at you when you’re pairing the finest dart that comes in a 30 pack with a cold can of Jacky D.

See, the pub isn’t for socialising, it’s for running a masterclass in toughcuntology 101. Taught at the University of Life which you are no doubt the Dean of. As long as people understand that then there isn’t going to be any problems. Maybe.

Or that’s left to do after a productive day is to drive home while staring at anyone you believe you could make piss. Luckily, the speed dealers also give you +25% stealth which will be handy because you’re almost definitely driving in contravention of your E-Plate or recent suspension.

Not to worry, you won’t be pulling over like some dog. If the cops want you then they can come and get you. After all, you’re not wearing those bad boys because you’re adverse to a little high speed chase.