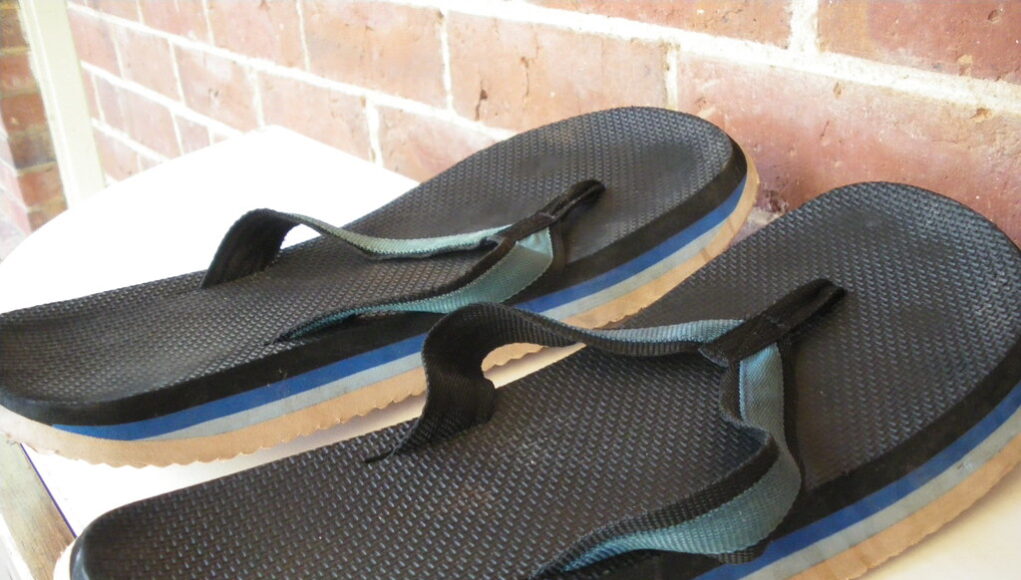 Gazing nonchalantly at his novelty weather app, Simmo from Kwinana allegedly told a mate he “didn’t give a shit” about the forecasted rain this weekend.

While most of Perth shakes their head at this wet, humid Queenslandesque filth coming out way, Simmo had full confidence in his Surfer joes, “why yous reckon I bought these bad boys?“, he slurred while gesturing aggressively at his all terrain, all weather thongs.

“they are like a pair of boats for me feet, mate. Deadset, I reckon I could water ski with these. I used to just rock the standard double pluggers but you realise that you have to stand for something in this loife, ay, or yas will fall for anything”

Indeed, Simmo hasn’t veered from his prefered footwear for over a decade and he still laments the “traumatic” 2 week stint as a labourer that forced his feet into a pair of boots. “Never again”, he told society and to this day, Simmo has never sought gainful employment again.

Some say his grizzled hoofs no longer feel the fluctuations of temperature and the only time he’ll wear enclosed footwear again is “over me dead body”. A fact his Albany de facto knows all too well after having to be walked down the aisle at Emu Point in the middle of the ’09 winter.

Speaking to lovely Lorraine, she told The Bell Tower Times,

“He didn’t want to risk some “silverspoon function muppet” telling him he needed so-called enclosed footwear to get a can of Jimmy from the bar, safer to have it on the beach, he reckoned”

Simmo has no regrets however telling us,

“You don’t invest in a pair of Surfer Joes and go back to wearing shoes, mate, it’s a lifetime commitment, until death do me part, just like the vowels I done at the weddo”

When asked if he had any more advice for young players, Simmo took a low draw of his White Ox rollie, looked down at his Surfer Joes and told us,